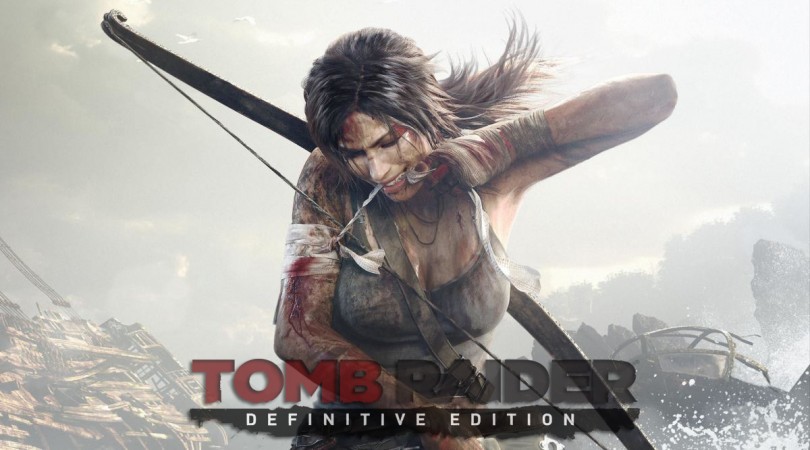 For your chance to win a £5 Xpress Games voucher, read the article and follow the instructions at the end of the article.

First of all this story takes the player to before Lara was the “Tomb Raider”, an origin story of sorts. She begins stranded on an shipwrecked island and uncovers various mysteries upon the way. Without spoiling too much, the game’s story appears to shift between two slightly different tones. During some of the opening sequences we are shown Lara in pure distress at being captured, she also has to kills a deer early on and the developers have really emphasised that this interpretation of Lara is a real person not a videogame entity, but this lasts as long as an hour into game and the whole tone completely changes. Lara instantly becomes a killing machine that dispatches her enemies with ease and can take a brutal amount of damage before dying, this wouldn’t be a problem if the opening hadn’t depicted Lara as so helpless and can almost make the emotional scenes later on feel laughable after pulling countless arrows out of the heads of her victims. The story itself is interesting with a few twists and plays out much like an action film. I felt myself playing to uncover more of the story and really felt captivated by her journey even if the tone was a bit off. The game puts you into various scenarios where you actually feel nervous for Lara and this made the overall experience seem more personal. I did find the supporting cast fairly weak and I didn’t really care about the other characters but in the end that didn’t really matter much as they are used to aid the overall arch of the story and didn’t feel that I wanted particulary more from them.

I have to say that Tomb Raider looks stunning, especially on Playstation 4, it isn’t much of a jump from the Xbox 360 and PS3 versions of the game but the subtle differences are definitely there which collaboratively show an extremely polished game. That being said, compared to the “next-gen” games I cant help but feel it still doesn’t compare to titles like Battlefield 4 and Killzone: Shadowfall but is still impressive never-less. The menus are an interesting twist with Lara occasionally adding diary entries into her journal whilst sorting your upgrades which is a nice touch. As far as collectibles go, I feel they are necessary in a game where collecting stuff is imperative as a “tomb-raiding archaeologist”… the collectibles are underwhelming with the tombs giving no reward other than XP, the only collectible that I was interested in were the diary entries that you find on the island, they really help to flesh out the back-story, giving the island a greater significance to the story.

With a simple yet expansive set of skills Lara has an array of different ways to dispatch of her enemies and this I found was effective in giving the player a sense of progression whilst playing. As you play you earn salvage off fallen enemies, this can be used to upgrade weapons, and by the end of the game you can have most if not all fully upgraded, this was great because the enemy types also became stronger and more varied so the sense of progression felt fulfilling and the abilities you amass via XP became that much more important. That being I said I found initially there wasn’t an easy way to melee enemies until you unlock a stun ability later in the game but I felt that did add to the realism to the narrative. The problems I had with the gameplay were nill to be honest, minor with the exception to the movie like interactive cut scenes as I like to call them, where I felt as the player I play hardly any real contribution to these moments, instead I just held down one button for a while until it was over, I suppose this was to avoid the quick time events but they could have done something a little more original.

For a chance to win a £5 Xpress Games voucher, simply head to our Facebook page and tell us what platform you played Tomb Raider on or if you didn’t at all!