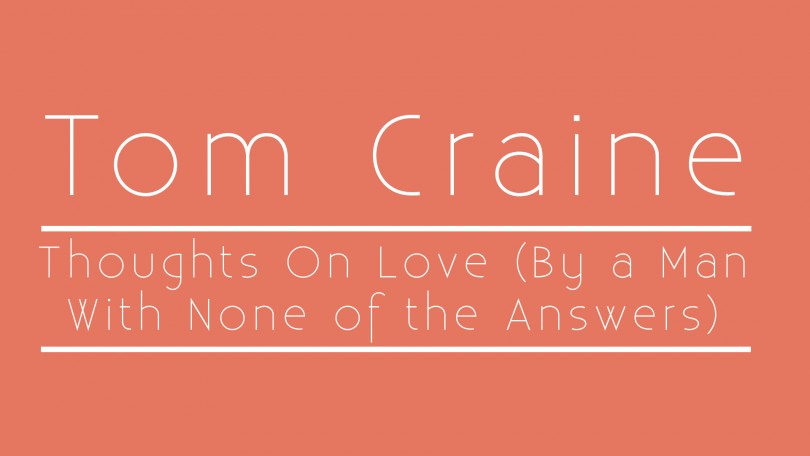 When I first saw the title for this show, “Tom Craine: Thoughts On Love (By a Man With None of the Answers)”, I sighed and thought that it would just be another generic, slightly dull Edinburgh Fringe show about a guy that was either stuck in marriage or just broke up from their partner but I couldn’t be further from the truth. The show will take you on a journey through Tom’s not-so-great history of relationships, his column writing about relationships and a corporate gig that turns into a disastrous day.

The crowd for the performance we attended was rather small, just under twenty people or so, most comedians would normally let this put them off and deliver a sub-par show or it would genuinely make the audience feel quite uncomfortable, but again, I was proven wrong. He acknowledged the small crowd, made a joke about it and everyone felt at ease.

As a stand-up, his storytelling really makes it enjoyable to watch and you want to delve deeper into the stories he is sharing. The only slightly out of place things in the show was picking up placed props from the floor which seemed a bit weird, could of just had them on the table, and also a song mid-way through, these aren’t major problems at all but just didn’t seem to fit with the tone of the whole show.

This show really surprised me and if you are looking for a show about relationships or along those lines, then be sure to check this one out (it also has the best ending to a show I’ve seen this year!).