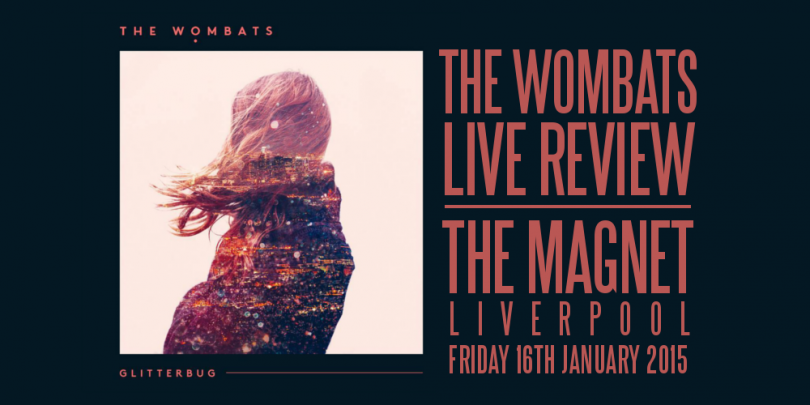 After three years since the band’s last headline UK show, there was an air of excitement to see what they’d bring to the intimate homecoming gig at The Magnet in Liverpool.

The trio entering through the crowd emphasised the venues size, of which they played ten years ago, nearly to the day.

One of the worrying things when a band returns from working on their latest album, is being bombarded with new, bland material, however I’m pleased to say this was not the case in the slightist. We were treated to three tracks off the new album; Give Me A Try, The English Summer, and the lead single for the album, Greek Tragedy. All sounding fresh, each with their own individual sound, from the guitar-heavy English-Summer, to the synth led Greek Tragedy.

The set-list as a whole worked perfectly with the band playing their old tracks with the same emphusiasm as when they first played them ten years ago. The on-stage jamming and interludes are better than ever before, adding to the live experience of seeing the band. With the promising new tracks, they will soon have three solid albums to choose tracks from, and I hope when they embark on the world tour, they’ll be changing it up every night, making it intresting for themselves and the audience, something that the Foo Fighters do very successfully.

It’s clear that The Wombats are back in full-force, even if they didn’t play Postman Pat.

The Wombats embark on their worldwide tour in early March. The full list of dates can be found at www.thewombats.co.uk/tour/.