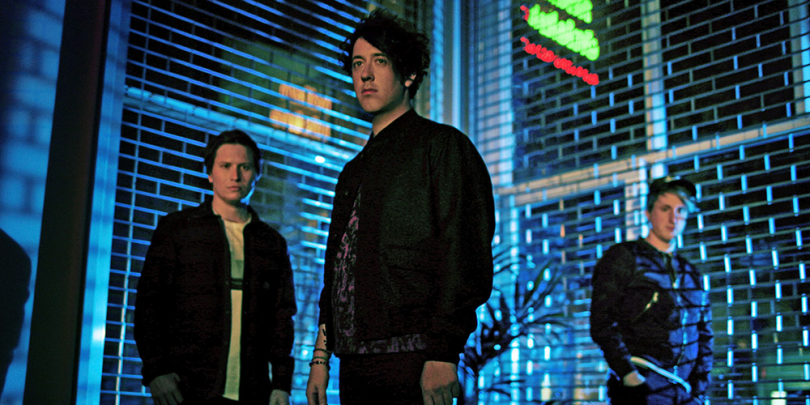 On their second UK tour of the year, The Wombats are still on top form, boasting extremely catchy new songs of their third album, Glitterbug, while giving us doses of old favourites.

Support came from frequent touring friends of the band, Sundara Karma. As always, they delivered a fantastic set. They owned the stage with such presence that it wouldn’t be a surprise if they were headlining the guildhall in the near future. Definitely a band to keep and eye out for over the next year or so.

The trio then took to the stage, there’s a certain energy The Wombats bring to a room that’s like no other. Everyone there is up for a good time. This energy is reflected on stage with Tord prancing around and Murph’s crowd control.

Tracks from all three albums made an appearance on the night, from cult-favourite, Patricia The Stripper, to new favourites from Glitterbug. With such an impressive back catalogue, the show could of easily stretched to two hours, however this didn’t happen but we did get 90 minutes of the catchy indie tunes we’ve come to expect from the trio. One flaw was the live version of Pink Lemonade of which the electric drums sounded virtually non-existent but this was contrasted be a mesmerising solo performance of Isabel to open the encore.

As the band evolve past their third album, we’re left wondering what sound we’ll come next. No matter what it is, let’s just hope it isn’t another four year wait!

The Wombats continue on their UK tour throughout October, all the dates can be found at www.thewombats.co.uk/tour/.