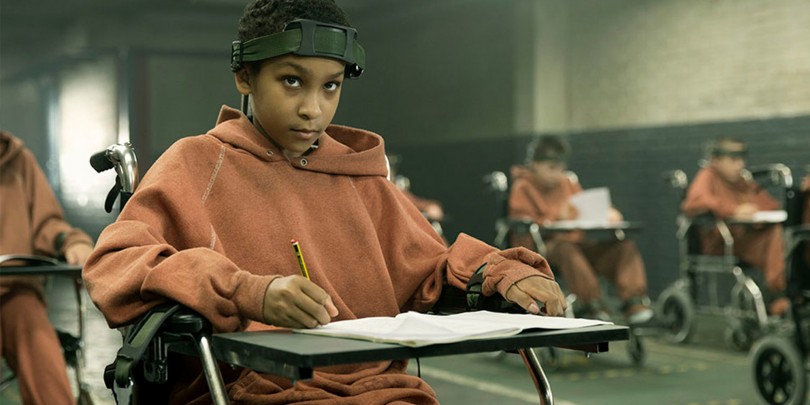 It’s no secret that the zombie genre is apparently “becoming fatigued”, with people more skeptical with what can be different with each impending release. The Girl With All The Gifts debunks this and a half.

Normally at this point, we’d give a brief synopsis of the film but we’re not going to. This is one of those cinematic experiences where the less you know, the more you’ll get out of it! The characters that we share our journey with is what makes the film, each member of the group has their own set of morals and goals creating for dynamic relationships and conflicts.

The design behind the story and zombie movement can seen to have drawn inspiration from The Last Of Us video game, or it’s just a happy coincidence. Either way, it’s brilliant to see what was so successful about the game be brought to life within a brand new structure and set of characters. It’s the closest thing we’ll get to a movie-adaptation in the next few years so enjoy it while it’s here!

The only slight downfall for me lays in it’s location. The majority of the film unfolds in what we’re told is London, however is actually a mixture between Birmingham (with it’s surrounding areas) and Ukraine. When the 28 Days/Weeks Later covered the city so cinematically well, it was a tough job to even come close to matching those iconic scenes. You’re left wondering why didn’t they commit to involving a different city rather than adding a few CG landmarks of the aerial shots – it’s just not the same.

The culmination of rising stars like Sennia Nanua, new feature film director Colm McCarthy and Cristobal Tapia de Veer offering his first full film score, proves that there’s so much more to come from the younger side of the industry which is an exciting prospect. Whenever you hear that a certain genre is fatigued, you need a big budget to create a film on this scale or that British film is disappearing, watch this film because this debunks all of that by a mile.

The Girl With All The Gifts is released in cinemas throughout the UK on Friday!