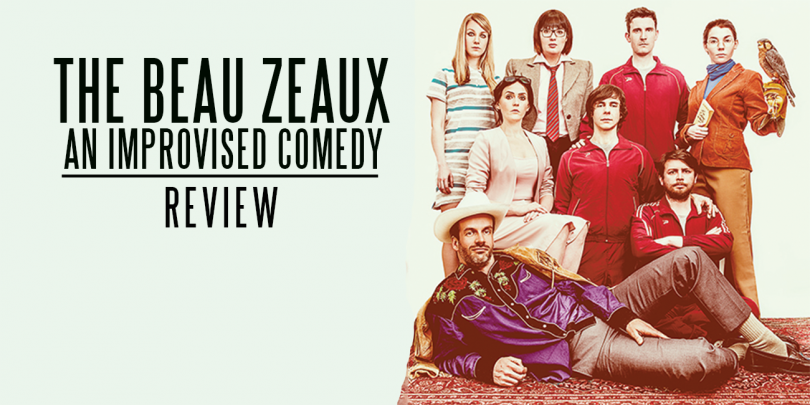 The voice of god (not literally) is played by Deborah Frances-White, she virtually steers the narrative throughout by asking the actors questions about the scene that they’re in. While this can be hilarious sometimes, it also can ruin a scene, it would of been nice to of seen some of the scenes play out more naturally rather than occasionally being interrupted by this voice.

All of the stories intertwine in someway at the end which is rather fulfilling for an improvised show.

With such a brilliant cast, it was a shame to see Thom Tuck receive minimal time and material on the night, especially as one other actor was given two parts, but again, as this is all improvised, it may change on a nightly basis.

The audience is given an opportunity at the beginning to send suggestions for the opening scene, in our case it was a mince pie burner and a dog. This was again a shame as none of these suggestions were really used to a crucial point and this was the only time the audience was asked for an input, rather than the false suggestion that the show would include more interaction, it would of worked better if this section was totally removed or fully committed to.

Overall, this is a brilliant cast of players and featured some great moments. If the format can be ironed out, this will be a brilliant show you must go and watch.

You can watch “The Beau Zeaux: An Improvised Comedy” at the Pleasance Courtyard at 17:45 until the 30th August 2015. For more information including tickets, click here.