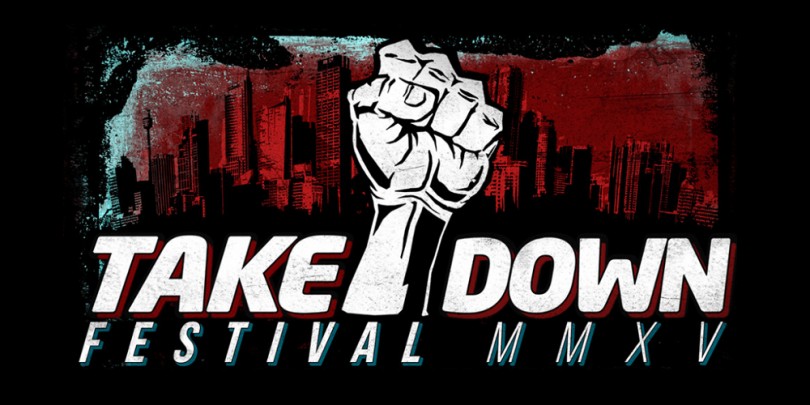 When we first entered the Southampton University campus, you couldn’t tell that there was a music festival in it’s beating heart with the some of the most exciting bands from the rock genre playing, new and old, but as soon as you did reach the epicentre for the festival, you sure did know!

Throughout the day we were privileged to speak to some of the bands that were performing at the festival, one of which were The Blackout, who had chosen Takedown to be their final festival they ever play before breaking up.

Their set on the main stage for the festival was incredible to watch, it truly was a celebration of the twelve years of music they have served to their loyal fans. It truly was a show that they put on, giving it their all. From the extremely brilliant lighting (especially for a festival!) all the way to the sheer passion that the band managed to pump out of the crowd to create one of the most energetic rooms of the festival.

Following The Blackout’s outstanding show we went to watch a band that was very different, one of the most talked about bands of this year so far, Moose Blood! Before heading on Warped Tour later this year, we caught up with them to speak about their show at Takedown.

Their live set was incredible, you can tell they’re going places. The crowd singing their songs back to them in full force. Their music is incredibly catchy, a mix between Mallory Knox and Vampire Weekend.

Talking about Mallory Knox, as headliners, they owned the stage as expected, making them worthy headliners. Charlie Simpson offered what is now expected from him, a sold set full of acoustic-rock. Other highlights of some sets that we managed to catch include We Deny and The One Hundred – all great bands which you should go and check out!