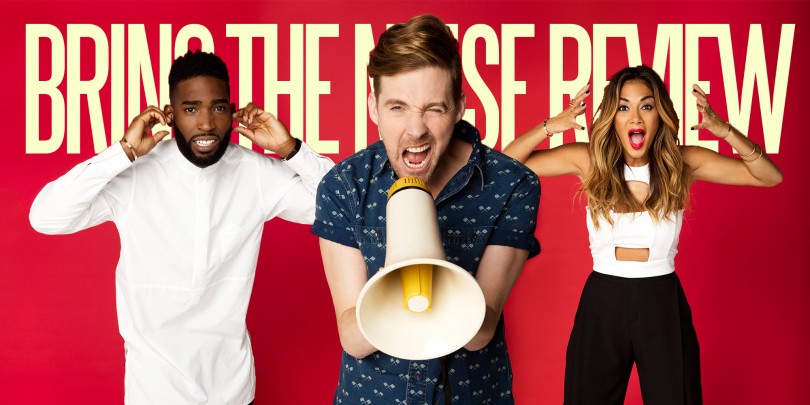 The show is filled-to-the-brim with talent. Host, Ricky Wilson, of Kaiser Chiefs fame, is absolutely masterful in steering the on-screen chaos. If you’ve ever seen a televised set of his festival performances, you’ll understand how well he can hold the stage and keep the crowd (and camera crew) on their toes, this has completely transferred over to television and can’t wait to see what he does next. Team captains Tinie Tempah and Nicole Scherzinger offer different things for different people, and that’s where this show excels, it caters for such a wide range of people that there’s bound to be someone you grow very fond of. Seasoned comedians Joel Dommett and Katherine Ryan ensure it’s grounded in being a comedy show, always pulling the laughs from the crowd.

As for the format, it’s passable but there’s a one hit segment, the backwards singing (as seen below), the reaction of people on social media during the show’s broadcast proves how popular it was! Other segments include singing underwater, some of these could of been achieved at a simple house-party but as previously mentioned, the talent still bring life to these. Within the studio, there’s a live band that are totally un-utilised, hopefully this will be rectified as the series progresses and turn into a Horne Section-esque form of  on-stage interaction.

Bring The Noise is loud and it’s proud about it, on such a huge scale with a very talented cast, it’s a joy to watch and can’t wait to see where the series goes from here.

Bring The Noise is on Sky 1 every Thursday at 9pm, or see it on demand at go.sky.com.