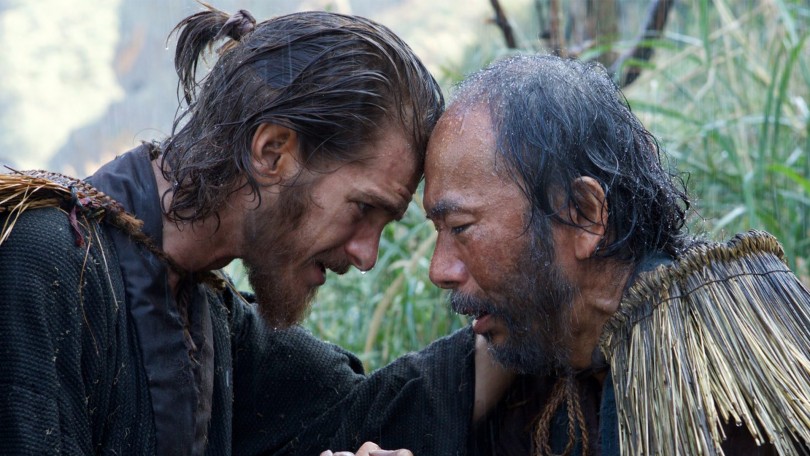 As ambitious as it is long.

Silence, a film that allegedly has been three decades in the making, Scorsese has finally delivered his passion project to the big screen. The auteur unashamedly brings a film that is clearly dear to his heart, for better and worse. In its strengths, Silence explores faith with an utterly unique approach, without prejudice or bias, all the while maintaining a respect for historical context. The film flourishes in its depiction of 17th century Japanese culture, and this respect for historical accuracy strengths the films cause.

In essence, the film is an exploration in the ultimate test of faith, as told through the arc of Andrew Garfield’s Sebastião Rodrigues. In this, the narrative is enticing, as we are taken on a journey of one man and his mission that will punish him physically and test him spiritually. The role requires a dedicated performance that possesses the ability to demand attention during the more static moments. Garfield delivers not only the appropriate performance, but the best of his career. What I would hope to be a certain nominee come academy award season, this portrayal is as genuine as you could hope to see.

Unfortunately, the leading man, unique exploration of culture and religion, and the mastery of Scorsese is not enough to stop Silence from being an expensive overblown lovechild. The exploration of an historically fascinating narrative is rich with ideas and moments that hit as hard as any of Scorsese’s work ever has, but at 2 hours 44 minutes, the films intentions are bled dry, and result in what could have been a classic to be an overindulged snooze in it’s final 30 minutes.

As Ambitious As It Is Long

Silence thrives as a high budgeted piece of world cinema. The Japanese cast all deserve praise, and I mean every single one. The piece is masterfully shot, and the performance from Garfield fascinating. So when I add how rich and intriguing the story presented actually is, this should be nothing short of perfect cinema exhibition. Unfortunately, as is often the case with passion projects, the director was clouded by his love the story, that he forgot to craft a film. There is enough in the movie for me to adore, but the tedious and everlasting ending takes away from the final score. This was almost a perfect work of art, and it is such a shame I cannot say that it is.