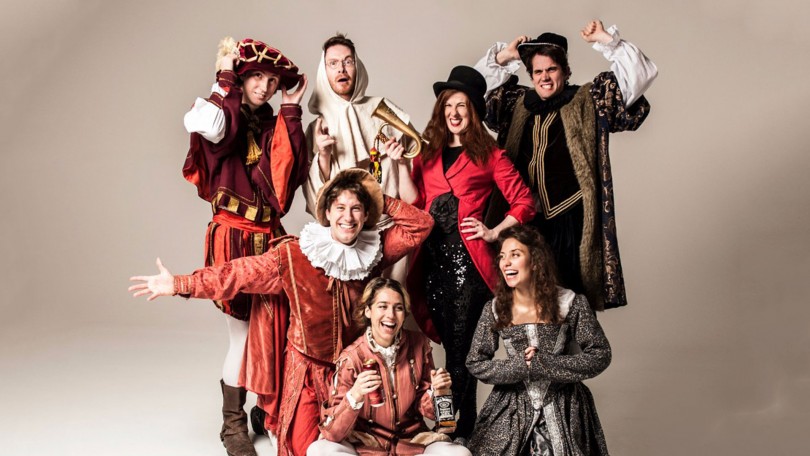 The plot is simple, it’s a classic work of Shakespeare with one cast number who is shit-faced, it says it in the title. Tonight’s victim was Lewis Ironside playing Mercutio.

For a show which revolves around a member of the cast being very under the influence, there wasn’t actually that much drinking on the stage, I understand why due to “peer pressure” and all that, but if you’re setting out for this show, it seems very weird. Even more frustrating for a Friday night crowd who frequently made their feelings clear that they should be drinking more.

As for Ironside, he seemed to perform extremely well while drunk, some things seemed really scripted, but that could also work as a compliment to how well handed he can improvise.  This leads onto the other main problem, with focussing on only one person drinking, while they’re off stage you’re simply waiting for them to come back on.

I can see this working really well on certain nights while some others being a bit ‘meh’, this was one of those. With the unpredictableness of drunk actors, this is just the perils of the concept.

Shit-Faced Shakespeare: Romeo and Juliet is on at 10.15pm everyday at the Udderbelly, George Square until the 28th August