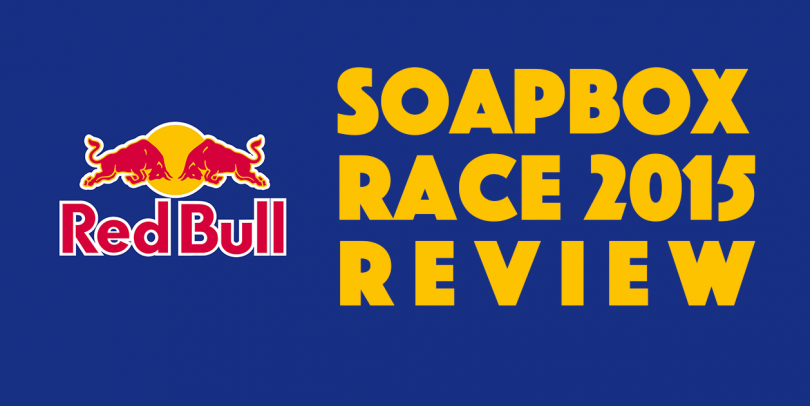 This year’s Red Bull Soapbox Race 2015 at Alexandra Palace was a very British affair, with London’s skyline playing as a backdrop to the days proceedings accompanied by the typical mixed English weather.

Expect the good, the bad and the ugly. There’s something for everyone with over 60 entries into this year’s race. Our personal favourites included Braking Badly, inspired by the show of the (roughly) same name, The Breakfast Show (as seen below) and You Gotham Be Kidding Me, the later of which didn’t finish (as with many) but still put on an entertaining show which is what it’s all about.

Alexandra Palace played a superb venue for the event, with it’s London’s horizon placed behind the racers going down it’s famously steep hill, often with the landmarks being brought a bit closer to us in the case of the Shard themed soapbox.

The event really captured something special, everyone was there in good spirits and willing to cheer on everyone. It’s sounds cliche but it really wasn’t about who won, but the enjoyment of partaking in this case.

You can view our live feed from the event by clicking here, to keep up to date with all of Red Bull events, visit: www.redbull.com.