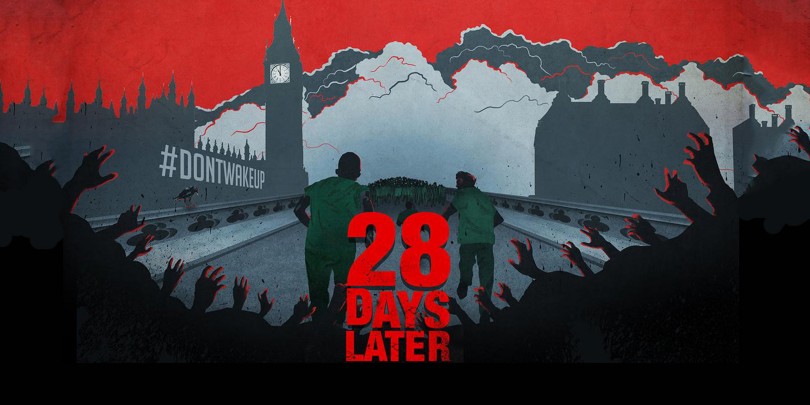 The zombie apocalypse is well underway in the heart of London as part of Secret Cinema’s latest production bringing 28 Days Later to life, but it’s not too late to get involved! We’ve compiled a list of television programmes to help prepare for your dark descent into a world with the rage virus…

Channel 4’s take on the zombie apocalypse sees the Big Brother house destroyed by the undead (I mean, who doesn’t want to see that?). Showing the first stages of infection, it’ll teach you the dos and and donts of a new world with zombies!

Dead Set is currently streaming on 4oD or can be purchased via Amazon.

What if not all zombies were all out to eat your brains? This BBC Three series looks at what could happen if that was the case and a vaccine was created to cure that urge, but be warned, it doesn’t always work out! It’s creepy, there’s gore, there’s heartfelt moments – there’s something for everyone in this series!

In The Flesh is can be purchased via Amazon.

This short lived series gained critical success, bringing to life those haunting scenes of a deserted London once again. The two series’ sees the aftermath of a virus-ridden Britain, the damage it’s had on the remaining population and the relationships that form. While this may not be the best for it’s action, it’ll teach you a thing or two for long term survival!

Secret Cinema presents 28 Days Later takes place in London until Sunday 29th May. Tickets can be purchased by visiting secretcinema28dayslater.seetickets.com.