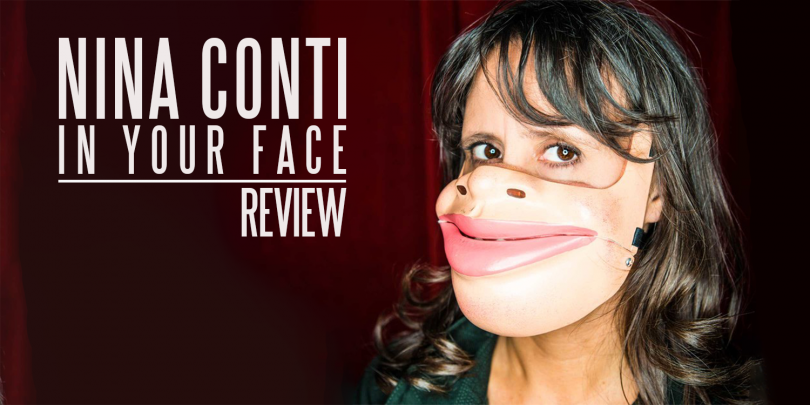 There’s a line ridden in Nina Conti’s latest show between the scripted material and improvised, with the latter shining through.

We’re introduced to Nina and her friend with some set material including meta comments on the situation in hand which doesn’t particularly work given we’ve seen this in her previous routines, it’s after this that the laughs begin to emerge from the audience.

Following this there’s a set piece where Nina is put to sleep by her monkey and he’s open to questions from the floor, this was impressively funny but relies on the audience to create and instigate the humour, when the floor began to run dry she tried to pick up some conversations picked up from some light audience interrogation earlier on in the evening but this led no where.

The penultimate segment gave us what she’s most famous for, the talking masks! Given a very small amount of material to work off, she manages to create a whole persona for that person while keeping the comedy. When there’s two people on stage, it does sightly start to fall apart but was quickly recovered at the end. Person after person, it began to become rather repetitive which was a shame.

The climax of the show was rewarding but rushed, it’s cleverly thought through and a nice a surprise for the short period it’s on stage!

You can see “Nina Conti: In Your Face” at the Pleasance Courtyard every day until the 30th August 2015 at 21:00. For more information including tickets, click here.