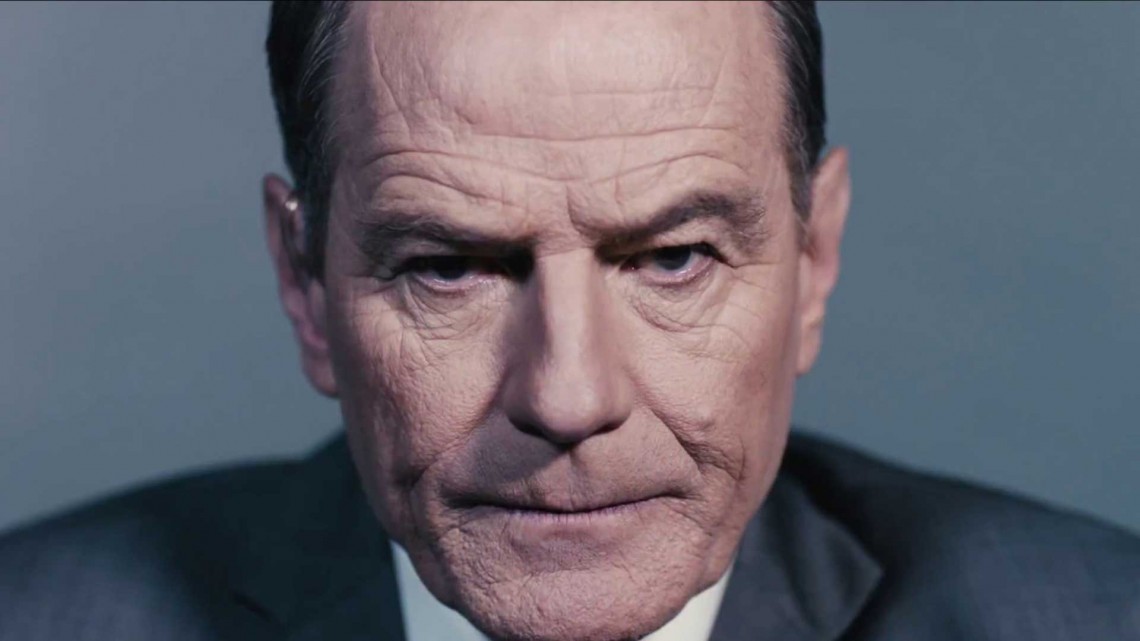 Based on the 1976 film written by Paddy Chayefsky, Network sees the news anchorman Howard Beale, portrayed by Bryan Cranston, descened into a new form of news coverage after facing his nightly broadcast being cancelled.

The performance runs just over two hours in length, with no interval. This extended amount of time without a break helps to get tangled up in the pace of the events unfolding, without time to take a breather and reflect on the journey.

The biggest takeaway and highlight of the National Theatre‘s production of Network is it’s emphasis on modern theatre. The use of visuals, technology, playing with the audience and breaking the fourth wall is astounding and worth a visit on this alone. We thoroughly recommend you read The Evening Standard‘s feature with the show’s video designer, Tal Yarden.

The technical cast (there’s professional stage managers, camera operators and musicians) blend seamlessly with the narrative performers. Cranston delivers the monologues that you’d expect with cynicism, wit and charm, all on display when needed. While the supporting cast offer a great deal of context to the situations. The relationship between Max Schumacher (Douglas Henshall) and Diana Christensen (Michelle Dockery) is compelling but is unfortunately often pushed to the side more than we’d hope.

While surprisingly Foodwork, an on-stage bar and restaurant filled with audience members was not the gimmick of the evening, the outside broadcast segment is. Totally taking you out of the immersion with two characters strolling down the iconic Southbank, passing the BFI. There’s no point to this and it’s only used once, it’s cool I guess, but why is it here, especially when up until now it’s been set in the USA?

While the show may lack at points in story and pacing, this is more than made up with the production as a whole. The performances are all up there, while the set design is a marvel to watch unfold.