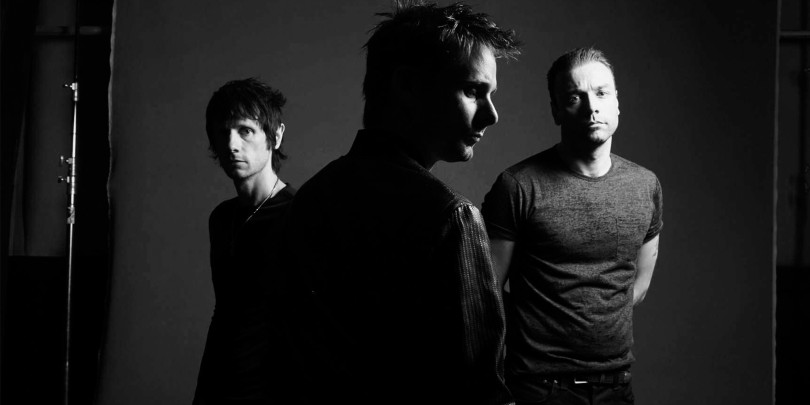 From the launch of Drones, it’s been stated that the tour concept was strongly visualised along with the creation of the album. Questioning whether this was just marketing malarkey to sell tickets, I was intrigued to see show but after watching, it’s clear that the music and concept are deeply intwined with each other.

The strong framework of the evening with carefully paced album tracks and set pieces, offers a perfect home ground in-between for the ridiculous volume of classics the band have offered throughout their careers. You’re never going to hear all your favourites (unless they decide to do a four-hour gig…) but you’ll sure hear a big chunk of them.

Talking about the set pieces, we wont divulge the details but given the album’s title, expect some Drones! But that’s not it, there’s some other genius moments that we weren’t expecting and some extremely impressive visuals.

Personally, having seen the rock trio over the past decade playing small venues in the likes of the Brighton Dome, stadiums to support The 2nd Law and festivals to 0pen Drones world tour, it’s clear that they’re most at home in arenas. It’s a cliché to say but there is no bad seat in the house, the 360° production turns the biggest arenas in the world to a unique experience for everyone, whether seated or standing!

How will this transform into a Glastonbury headline slot? I’m not quite sure, but I can guarantee they’ll have some tricks up their sleeves!

For all of Muse’s remaining tour dates, be sure to visit muse.mu/tour-dates.