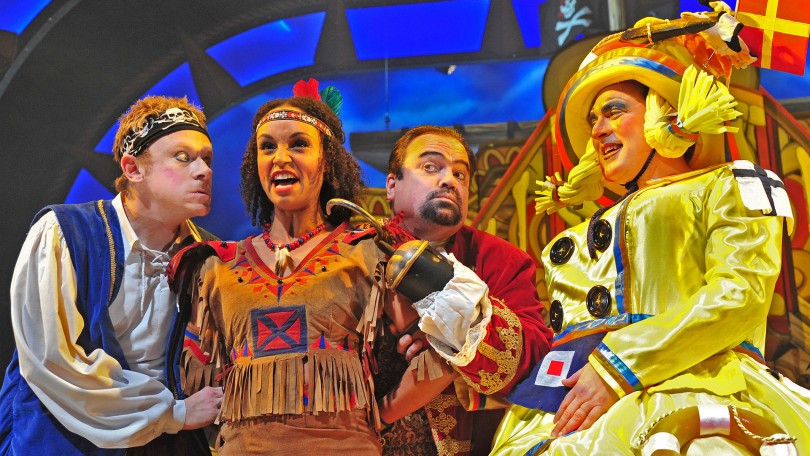 The stars and ensemble come together to put on a delightfully energetic show with short-changed gags around every corner, making you unsure whether to groan or laugh – the perfect formula for a pantomime! The set design is wonderfully simple and does well with keeping up to the pace of the ever evolving story.

It’s clear though that this year’s production was missing that leading celebrity talent, that Stephen Mulhern jazz. Not all would of been lost with an opportunity for Hollett and Roddy to step into the forefront more, but this was clearly missed with less stage-time than normal, it would of been great to of seen scenes like the extravagant bathroom scenario from a few years back as every minute they’re on stage they steal the show, which large chunks of time being lost to unneeded and unfunny numbers from Wendi Peters (by no fault of her own).

While it may not be the best we’ve seen at the Marlowe over the past few years, it still remains the South East’s premier panto. Just take advantage of Lloyd Hollett and Ben Roddy more instead of the soap stars!