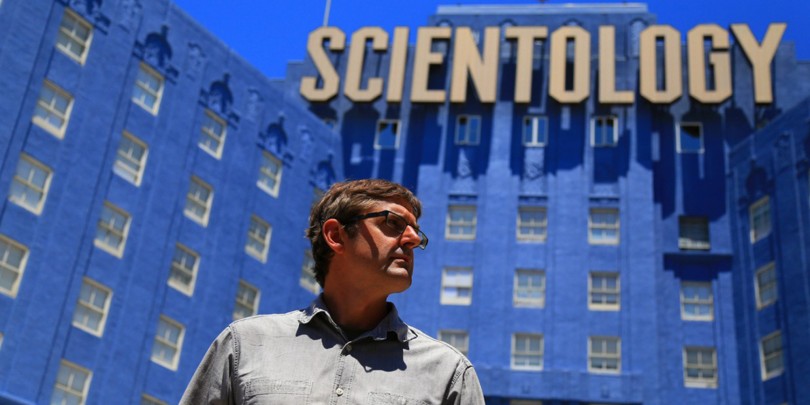 Like many journalists around the world, Louis Theroux had set his sights on understanding and examining the infamous religious group known as The Church of Scientology, but it comes as no surprise that the organisation refused access (and they always have since an ABC interview in 1992)… regardless, he decided to make a documentary about them anyway.

It wasn’t the first time he’s made a film without being granted access to the subject, but unlike his Michael Jackson documentary, little is known about the church. Few members have defected from the organisation, but fortunately a few were on hand to help the rest of the world to give an insight into the world of Scientology.

Louis is joined in LA, the birthplace of Scientology, by Mark Rathbun, the former Inspector General of the Religious Technology Centre (the organisation that’s responsible for the protection and enforcement of all Scientology copyrights and trademarks). Rathbun was was part of the organisation until 2005, when he defected. Also lending a hand to help to explain are some former “Sea Orgs” (very high level members).

Louis and Mark embark on the idea of recreating the extravagant Miscavige speeches that the Church’s leader has held over the past few decades, other pivotal movements recreated include an “Auditing Session” and segments from Rathbun’s time in “The Hole”,  giving a real insight from someone who was actually there. Casting for these roles of key members including Tom Cruise and David Miscavige brings along another whole journey for the pair!

The church is notorious for “shutting down” SP’s (Suppressive Persons; People who speak out and/or negatively comment on the churches activities), Rathburn being firmly set in their sights. They attempt to suppress these SPs by “Squirrel Busting”, where the church continually harasses their target until they stop. An activity which ironically,  Rathburn was heavily apart of in his past. This leads to many amusing confrontations between the Theroux and the church, who actually commence to make a documentary about Louis as a response, a film I’m sure we’d equally look forward to watching, maybe even at Tribeca 2017!

The main question which keeps popping into my head is how is a “religion” which was founded in 1954 on teachings from L. Rond Hubbard, a sci-fi novelist, became so rich and powerful in modern society? Maybe it’s there for an escape or rebellion against the system, this isn’t quite answered but still is a miraculous insight into Scientology.