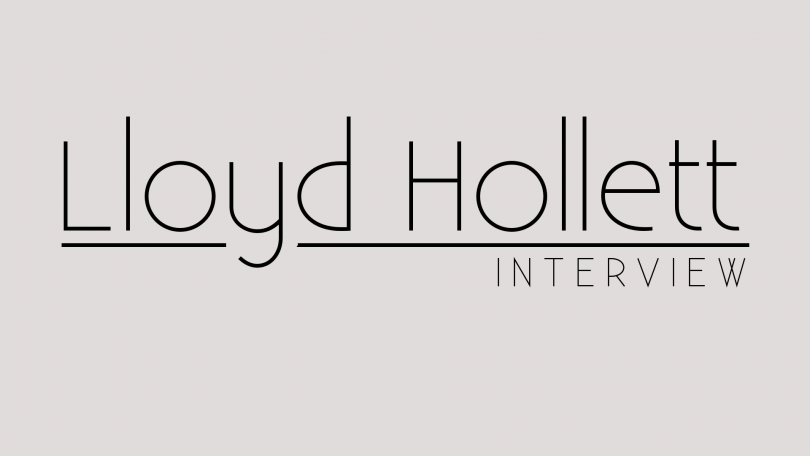 You may know Lloyd Hollett from a variety of places, his panto work, sold-out stand up shows, supporting Jim Davidson on tour, cruise ship performances and many other things . We caught up with him ahead of his headline show “By Royal Appointment” at the Theatre Royal in Margate on Saturday 1st March.

First though, check out him out in action from his live DVD, “Live & Unleashed”.

CM: Hey Lloyd, thanks for joining us today. How are you doing?

LH: I’m very good today, thank you. I’m on a buzz today, I did a charity show at the Winter Gardens in Margate to raise money for Dave Lee’s bench fund, Dave Lee was well known at the Marlowe Theatre in Canterbury for many years, doing many pantomimes there. We needed to raise quite a lot of money for a statue of Dave sat on a ghost gag bench which would be built outside the Marlowe Theatre, we needed about £17,000 last night to make a go of it and we ended up raising £22,000 for it. And this great charity show, there was myself, I did 15 minutes, we had Richard Digance, Bobby Davro, Jess Conrad, Freddie ‘Parrot Face’ Davis, many comedy legends. Paul Hendy was there, it was a great atmosphere. So i’m good thank you.

[You can find out more about Dave Lee’s bench fund by visiting DaveLeesBenchFund.co.uk]

CM: It’s been just roughly a month since you finished panto at the Marlowe Theatre, how did this panto season go for you?

LH: Panto was great for me, it was really good fun. First time playing a villain and it was a big challenge for me but musical theatre and acting is kind of my first love so it was nice to get back into the swing of things having played the lead comic for many years. I was looking forward to giving people something different to look at, most people, especially who had come to Canterbury and seen me do a panto before had only been used to seeing me be the comic lead and having the kids on my side, so to be a villain  my character looked so different, that my disguise was really great, the costume and wardrobe was wonderful. No one recognised me really which was really nice, all the reviews were really kind to me and I really enjoyed it. I’m currently in discussions into what i’m doing this year for panto so that’s exciting!

CM: You’ve been supporting Jim Davidson on tour while allegations where put upon him which were later proven to be untrue, then he went on to most recently win Celebrity Big Brother. What has it been like to go on this journey with him through the ups and downs?

LH: I felt his pain as i was there amidst a lot of his troubles, and it was sad to see what he was going through.  All of his shows sold out throughout the allegations and the love and support of his fans was overwhelming. As was the support of his family, friends and loved ones, and i believe that got him through a lot of his tough times. Funnily enough I was with him in Torquay the same day when he had the phone call confirming that all charges were to be dropped. Then to see him walk onstage that same very night at The Princess Theatre and get a standing ovation for 3 mins was magical to see. It was great to see him do Big Brother, I think it must of been therapy for him with what he had been through over the last few months. For him to win it, was the icing on the cake for him!

CM: With you regularly performing on cruise ships, how do these performances differ to your headline shows?

LH: The shows on ships are very different to my shows basically because on ships you have a certain type of audience that have never seen “the comedians”, so one night in the theatre they get to sit down and get to see the comedians, so basically I have to tread carefully really because if I go full out “bang bang bang, punchy punchy” in their faces it can work against me sometimes as not everyone knows me and not everyone is going to like me so I work gently with them, it’s like creating a jigsaw puzzle. I work them, I tease them, I get them up into a frenzy where they tell me what they like and if they like something cheeky, I will do something a bit more cheeky, vice versa, rather than my own show where people pay to come and see me, so effectively it’s a lot easier for me and I can relax a bit more.

CM: So, the big gig is coming up soon, your headline show “By Royal Appointment” at the Theatre Royal in Margate on Saturday 1st March. Are you nervous?

LH: My new show is soon, am I nervous? No, i’m not nervous, I am excited. We are pretty much sold out in the stalls, I don’t know if you know the Theatre Royal in Margate, it’s a big theatre and so we have a great house already. It’s selling in the circle this week I believe.

CM: Can we expect all brand new material in the show or a mixture of the old and new?

LH: No, it’s not all new material, i’m doing both halves of the show so you’re looking at two hours there. To do two hours of brand new material would be one, a big risk and a bit too much. There is a lot of new stuff there, a lot of stuff i’ve never done before, a lot of stuff I did years ago and never really pursued so I have dug it out the woodwork and updated it, up-freshed it,  there will be some old stuff that people have requested, some gags, songs etc. There will be a few surprises in the show, I wont say anything more about that.

CM: I think it’s safe to say you have an audience of a mixed demographic from your panto work, cruise ship performances and supporting other comedians on tour. Is it hard to write material for a demographic this wide?

LH: Not really, when i’m in panto I know the panto audience, so I know what I can get away with there and suggest when I sit down with Paul Hendy and suggest ideas with the script, that’s one form of work, the cruise ship, I know how far I can go with them, working with other comedians, for example Jim Davidson, I know for example that it’s an adult only audience so I know I can be a bit more cheeky, so in a way  it’s not hard, it’s a easier.

LH: Well, I’ve just been asked to support Jim Davidson in July, brand new tour called “Jim Davidson Live”, which i’m really excited about and just said yes. Ironically we kick off on the 11th July at the Winter Gardens in Margate, this will be the 3rd or 4th year I think now I have supported Jim, and as it’s a new show for him, it’s a new show for me so i’ve been getting all new stuff together, I’m writing some routines at the moment, i’ve been going though them today and i’m very excited about that, and of course Jim’s got a new found love fan base so it will be interesting to see the younger crowd coming to see him, it’s good for him and good for me also. We are going all over the place, Torquay, Great Yarmouth, Weymouth, all over the place so look out for dates!

CM: Thanks, we look forward to seeing you on the 1st March!

You can get tickets to see Lloyd’s headline show “By Royal Appointment” at the Theatre Royal in Margate here. Also be sure to follow him on Twitter, @LloydHollett.