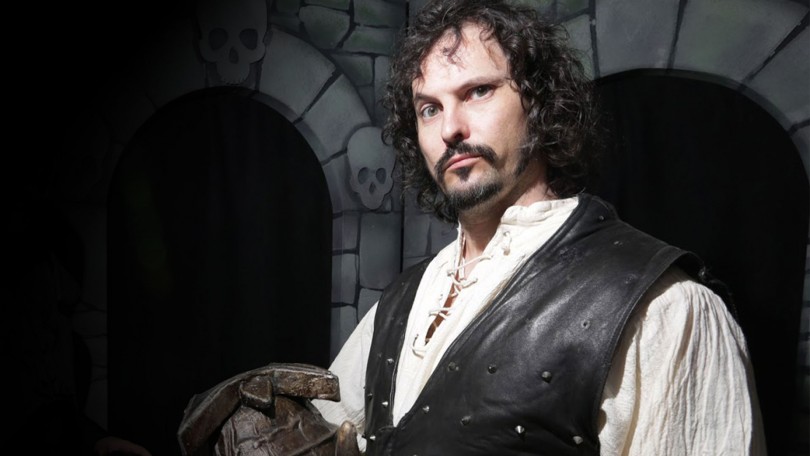 Following on from many years of success at the Edinburgh Fringe, the faithful but comical production comes back for three shows only in the Udderbelly, the perfect place for a noble quest. While not evolving much from the last time the show was at the festival, it still has new variations worthy of revisiting. The props remain impressive as does all the talent involved.

With each returning year, the characters of Trayguard and Lord Fear become more confident to venture off-script and this seems to be the first time where everything was improvised (if this isn’t true, then take it as a compliment!). They really manage to hold and entertain such a large venue which isn’t an easy feat.

The show remains self-aware, cheesy and fun. It’s turned out not to be a one-off Fringe show from when it debuted, but a returning favourite where fans flock to have their geeky dose of entertainment – we can’t recommend it enough!