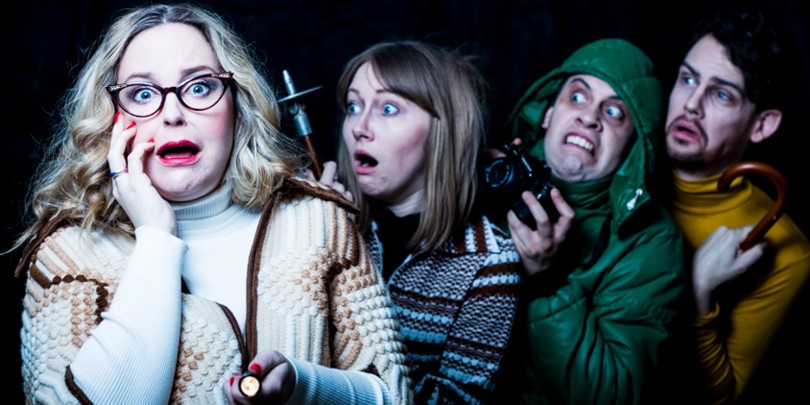 Kill The Beast’s latest production (one of two at this year’s festival) is a tale of two halves, the first being the production and creativity which is outstanding, the second of which is the story.

The show, titled He Had Hairy Hands, is set in the fictional town Hemlock-Under-Lye. There’s been a recent outbreak of werewolf attacks, and it’s down to a “crack team” to solve the mystery of who’s behind the claws.

Let’s get into the positives first; the thought into how this show is displayed and performed is the best we’ve seen at the Fringe in years. From the gorgeous visual back drops that are seamless and add so much context for the scenes that they’re representing, to the cast, whose montage sequence shows their versatility and imagination.

Where the cracks start to appear is in the story and pacing, there’s way too much exposition leaving characters by the wayside and jokes that aren’t really worth resolving later on. The performance has a running time of 1hr10, which again is unneeded. If this show was substantially tighter and moved a few scenes around, this would easily be a four (or even five) star show from us, but it’s just not quite there yet!

Kill The Beast: He Had Hairy Hands is on everyday at the Pleasance Courtyard at 18:25 until the Monday 29th August 2016.