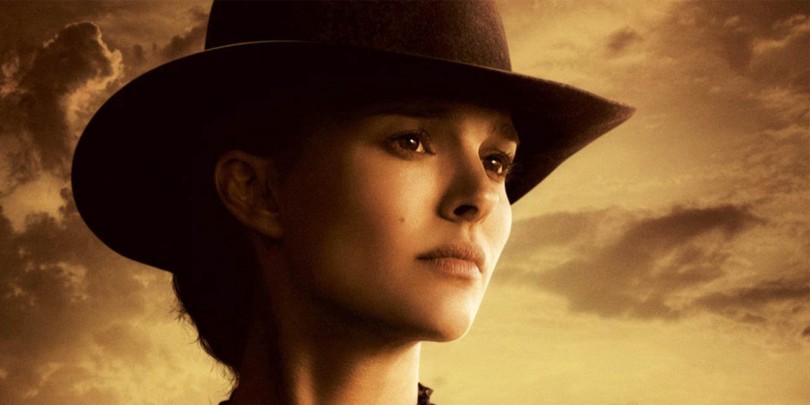 The Western; it’s a genre that has disappeared from the public’s consciousness as Hollywood has strived to cloud our attention with superhero films, and so when it came to watching Jane Got a Gun (2016), I was intrigued that this could finally be the film to revive the genre (even more so with the Magnificent Seven (2016) on the horizon later this year).

But, sadly it’s a let down and worst of all it’s elements that could have been so easily fixed to create a great film. Initially, as the film opens, the hope is still there as we are introduced to Natalie Portman’s Jane. She is shown telling a story to her child, this is then nicely juxtaposed with the titles appearing silently on screen and pre-empting the violence to come, and her character in general is quite a well rounded female character who very quickly puts across why a character of that gender in this genre is so compelling. It’s the idea that as a mother she has a lot more to lose than the lone wolf male gunslingers that the genre has become so well known for, sadly it wasn’t long before things started to fall apartm the big one being the initially confusing and then overly used flashbacks.

What is so annoying about the flashbacks is that it’s a lazy storytelling technique, that not only takes away from later dramatic revelations about certain characters, but also it hampers the visual storytelling of the film. What has always been at the heart of the western is the slow burning character study told through stylish visuals, and Jane Got A Gun gets every single element of that wrong. It isn’t a slow burn as it’s only a 90 minute movie, and so the script races from plot point to plot point, it also makes mess of the character study as there are excess of faces on screen, and the only person we learn anything about is Jane, simply because her name is in the title and we’re shown her entire back story in flashbacks…

The final damming thing for me personally is the almost non-existent visual style that westerns are renowned for, whether it’s modern or classical (No Country for Old Men (2007) or The Good, the Bad and the Ugly (1966)), all great westerns are built around even greater visuals, and the sad thing is that this film comes so close to being visually stunning but is over encumbered by the uses of generic shot compositions and a non-existent individual style.

Overall, the film does a mediocre job to pull itself together for a not too clichéd ending, but in the end it’s still a disappointing film that comes so close to being good, with its strong co-star performances from Joel Edgerton and Ewan McGregor, alongside some interesting themes. It just misses the mark and joins the long line of modern westerns that didn’t quite capture that elusive western style.

Jane Got A Gun is out now on Digital HD, DVD and BluRay.