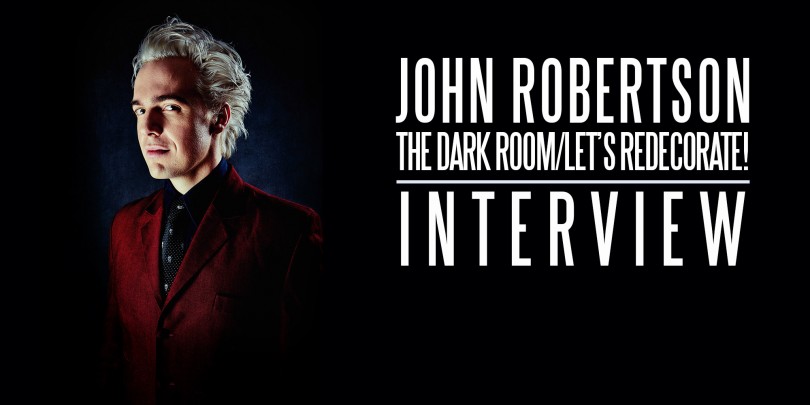 We caught up with John Robertston to talk about his two shows he’s taking to the Fringe, including the internet and Fringe classic, The Dark Room.

CM: Thanks for joining us today, how hectic is life for you at the moment leading up to Edinburgh?

JR: Pretty goddamn! There’re two shows to get right, gigs to do and a TV show to write and present, but you’ll be amazed how much of this can be done in bed, so it’s not so bad.

CM: For people that don’t know, do you want to explain what The Dark Room is?

JR: It’s the world’s only live-action videogame! It’s an 80s text adventure turned into a live show! It’s the audience locked in a room with a monster – but there’s a prize for escaping! It’s a funny guy being a jerk in a way you haven’t seen before… It’s an audience given a simple task: find the light switch, then what happens when that doesn’t happen. It’s Waiting For Godot, but Godot has arrived and thinks you’re an asshole.

CM: The show is now a Fringe classic, how do you keep it fresh every year?

Oh, that’s very nice of you. Thanks! I add whatever my imagination and memory can stand. This year, I’ve built a set and a strange backstory involving the apocalypse and a bloke named Darren. There’re new levels, I’ll be wearing body armour… I’ve slotted more secrets and plot into the game – can you escape The Dark Room? Can you find your family that I’ve kidnapped? Who’s responsible for the world ending? What’s in the Box of Possibly Meat?

CM: You’re also bringing your solo stand-up show, Let’s Redecorate!, to the Fringe this year, what can we expect from that?

JR: The filthy life of a clever boy, catharsis, dirty jokes and genuine heartache. My best mate got me into stand-up and she passed away last year, so this one’s kinda for her. Does that sound too sweet? It really won’t be. I’ll be completely wiped out by end of Fringe… and that’s good.

CM: Most people find the Fringe stressful with one show, how are you going to cope with two?!

JR: Two’s okay! Last year I did two solo shows and played Hamlet! Stand-up in the afternoon, Dark Room at night – and in the middle my uncle killed my father and slept with my mother, my girlfriend suicided and I got stabbed. That’s a busy day for the ol’ noggin.

CM: You’ve found lots of success via the internet, do you think it’s a good way for comics to share their work this way?

JR: I think it’s a great idea, I can’t think of a single comic I’ve seen who hasn’t managed to hit some kind of audience for their stuff online, even if it’s just folks who really hated what they saw. I know this, because I’ve seen and hated a lot of comics I never knew existed.

CM: Your shows have often delved into dark areas, is it hard to do this without trying to offend or do you just go all out?

JR: I’ve only ever tried to offend Nazis. The trouble is, they don’t come to my shows.

CM: You’re an actor and a comedian, where do you feel most at home?