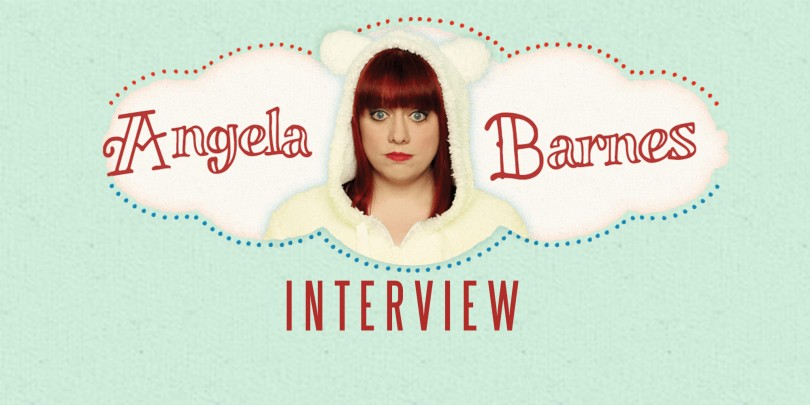 Award-winning Angela Barnes is bringing her new show, “Come As You Are” to the Edinburgh Fringe this August, we caught up with her to speak about her best story from the Fringe, breaking into the comedy circuit and much, much more!

CM: Hey, thanks for joining us today, how hectic is it getting with only a month left ’till the Fringe?

AB: Fine, absolutely fine *vomits into bucket*. Yep, totally unstressed! This is the most frustrating bit I think, show is so close to being ready, and am scared that I will not tweak enough, or over tweak it. Basically, I just want to get there and start it so I can stop worrying.

CM: How does your show develop over the preview phases?

AB: My show has changed quite a lot. I’m currently going through the “killing babies” stage, where I finally let go of the routines that I’ve persevered with because I like them, but I’ve come to terms with them not working! I think a show really comes together towards the end of the process. At the beginning, you are honing a bunch of routines that hang loosely together. Now it’s time to make that into a show. I hope.

CM: What can we expect from your new hour, “Come As You Are”?

AB: Well, that’s a difficult one for me to answer. I hope people will find that it’s a bit different to what I do in my club sets. There’s a bit of story and the show has quite a personal theme, but, importantly, there are still jokes.

CM: You’ve had a very successful start in comedy over the past six years, winning the BBC Radio 2 New Comedy Award in 2011 and appearing on several high profile TV comedy shows since, how did you find this process?

AB: I have basically spent the last 4 years enjoying the ride, and very much taking things as they come. I’ve had proper jobs, and so I know exactly how lucky I am to be paid to do what I do. There are ups and downs, and things I might have done differently, but I’m enjoying the process of constantly learning what this comedy lark is all about.

CM: How hard do you think it is for new comedians to break through in the current climate?

AB: It’s getting tougher, you can’t throw a rock in the UK without hitting a comedian. I do believe that it’s a meritocracy and talent will be discovered, but there’s a big ol’pinch of good fortune that needs to go with it.

AB: I will pick a ‘Best Fringe’ story otherwise I might cry. Last year, Christopher Timothy came to one of my shows. If you don’t know who Christopher Timothy is, then we probably can’t be friends. He played the seminal TV vet “James Herriot” in All Creatures Great and Small. It took me a while to place who he was when I spotted him in the audience. I guess I was used to seeing him in a brown coat shoulder deep in a cow. He stayed behind afterwards to tell me he really enjoyed the show. And it utterly made my festival. I don’t get star struck often, but the ACTUAL James Herriot came to my little show.

CM: Thanks for your time, see you at the Fringe!

You can catch “Angela Barnes: Come As You Are” every night throughout the Edinburgh Fringe Festival (not 17th) at 8.15pm at the Pleasance Courtyard. Tickets can be purchased by clicking here.