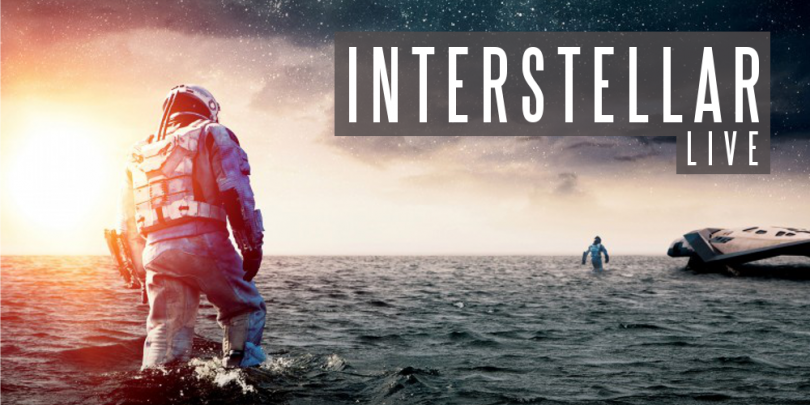 Interstellar Live brought another dimension to the sci-fi blockbuster crafted by Christopher Nolan, in the form of the live score created by Hans Zimmer, being performed live adjacent to a screening of the award winning the film. All of this taking place in the historic Royal Albert Hall, London.

The evening commenced with a pre-event talk between Nolan, Zimmer and Kip Thorne (exec. producer/scientific advisor), hosted by Brian Cox. This was such a joy to witness, talking about how the music and science go hand-in-hand with each other, this could of easily gone on all night as it was fascinating to hear these creators discuss so passionately about the decisions that were made behind the lens and in front. It wasn’t just another interview.

We were also treated to an introduction to the panel by Stephen Hawking, later followed by a very moving speech by Sir Michael Caine about his experience working with the great Christopher Nolan.

Following this the screening began, the sixty piece orchestra, including Hans Zimmer himself, in full view below a beautiful screening of the film high-above. It was a magnificent site but it was only during the first climatic piece of the score we learnt how fortunate we were to witness this in person, the whole audience was stunned on how amazingly well it worked. You could not tear a single mistake or “live” sounding instrument throughout the whole night, testament to the professionalism and talent of the performers, especially with the short rehearsal time.

This was an experience that I for one will not be forgetting in a long time, it truly means more than any single award will ever mean to me in relation to a film. There was a such an amazing atmosphere of celebration of the greatness for the film, few films could draw such an event to sell out with minutes, this was deservedly one of them.

Interstellar is now available on VOD, DVD and BluRay.