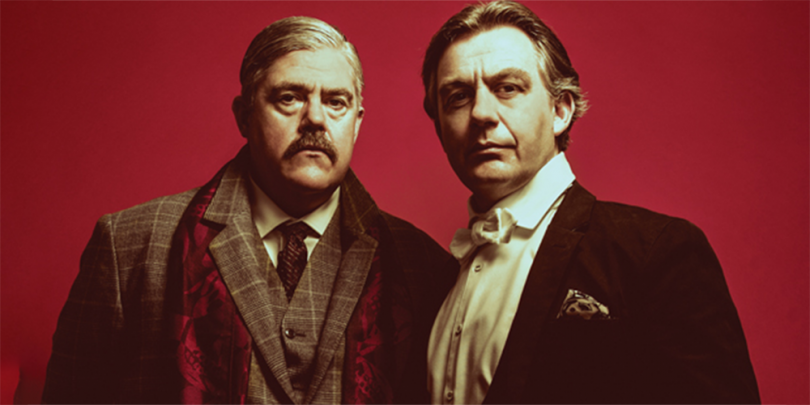 Impossible tells for the story of Arthur Conan Doyle and Harry Houdini’s relationship over the topic of spiritualism.

The two leads in Impossible fully fit into their roles, Phil Jupitus as Arthur Conan Doyle, and, Alan Cox as Harry Houdini. The supporting cast don’t really have a time to shine in this production which is a shame as they’re a talented bunch of actors as well.

The storyline offers a very compelling story, which to me was previously unheard of. The hour really picks up the pace in the second half, leading to a climax that offers a satisfying end to the play, bringing it full circle.

You can see “Impossible” at the Pleasance Dome, every day until the 31st August at 13:20. For more information including tickets, click here.