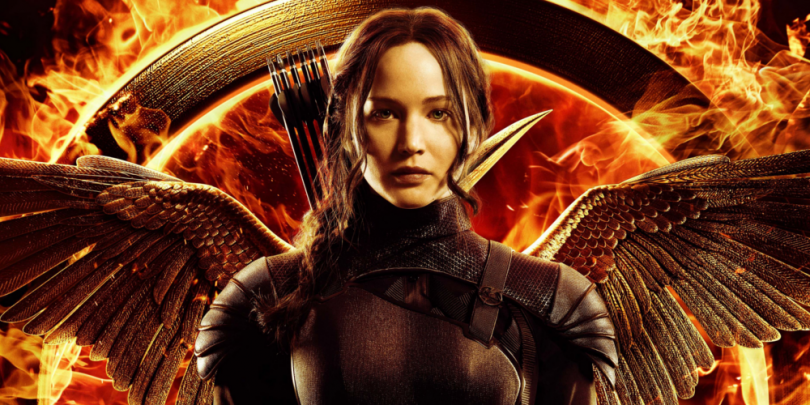 Another year, another entry into the Hunger Games saga, however this time it’s the beginning of the end with the adaptation of the final book being split into two, with this being the first part.

The whole cast delivers outstanding performances throughout, so much so that you wish all the characters had more screen time which is never a bad thing! The new characters fall straight into place and the previous characters offer a stark change from the previous films,

The majority of the few action scenes that are in the film, had already been highlighted in trailers which suggest the film is action-orientated which couldn’t be further from the truth. The lack of action if emphasized and possibly caused by the lack of  the Hunger Games within the film, something that we have become accustomed too over the last two instalments, another series to have this problem was the Hangover series, it’s hard to change the format without missing it but something that is needed to progress the story. The whole film acts as the thirst third of a larger story, with this laying the groundwork for a climactic end to the series. Despite the miss-advertised action-side of the film, you will still be sucked into the events happening, laying out the current situation across the districts and hinting where it’s going in the climax of the saga in the The Hunger Games: Mockingjay – Part 2.

The strong female characters continue to bring a breath of fresh air to the big-budget film industry, with Jennifer Lawrence being accompanied by newcomers Julianne Moore and Natalie Dormer.

The two previous films have offered entry points in the franchise, however if you had not seen the previous films then make sure you go back and watch them before seeing this, as Mockingjay Part 1 breaks down and builds upon the themes and story previously offered. Not only that, but as previously mentioned, there are not many action sequences to gaze at.

This film shouldn’t be judged on it’s own merits and I’m sure that when this is watched back-to-back with Part 2, it will offer a much more complete and fulfilling experience, but until then this is what we thought of the film.