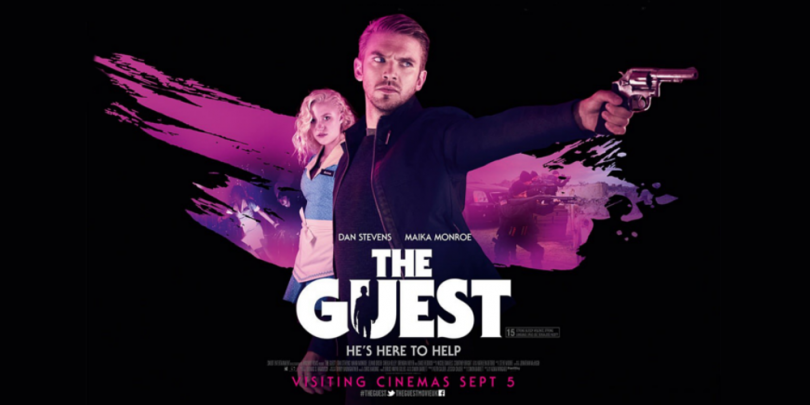 Thirty seconds into the film and we know this is something different. The Guest is a quirky, tongue-in-cheek take on the formulaic horror genre. So much so that, until the final act, the film is less horror, and more of a collection of strange events that get the viewer curious as to what the bigger picture may be.

The film’s greatest strength is in it’s charm, and the audience will often be left with the notion of ‘I don’t know what’s happening, but I like it’. Adam Wingard (Director) and Simon Barrett (Writer) are unafraid to bring the narratives silliness to the forefront, and play off the bizarre circumstances with great fun. The film is surprisingly funny, and with the tension of the final act The Guest showcases Wingard’s ability to subtly provoke a response from the audience when necessary.

Dan Stevens as ‘David’ is the glue that keeps the movie from falling to pieces. There is a lot of potential for a film this experimental to feel silly and cheap, but somehow never does. We never trust David, but even as his true character becomes increasingly disturbing, we never stop loving him. Stevens clearly has fun with the role, and demonstrates that he is more than capable to play comedic, action and serious roles. Certainly a talent to keep an eye on.

Film fanatics can find a lot to love and admire in The Guest, but the regular moive-goer may have a hard time understanding the intentions of the film-makers. Maybe it’s because I knew nothing about the film going in, or maybe I just watched it on the right day, either way, it hit all the right notes.

If I’m still thinking about a film a week after I’ve seen it, then it definitely deserves some accolades.