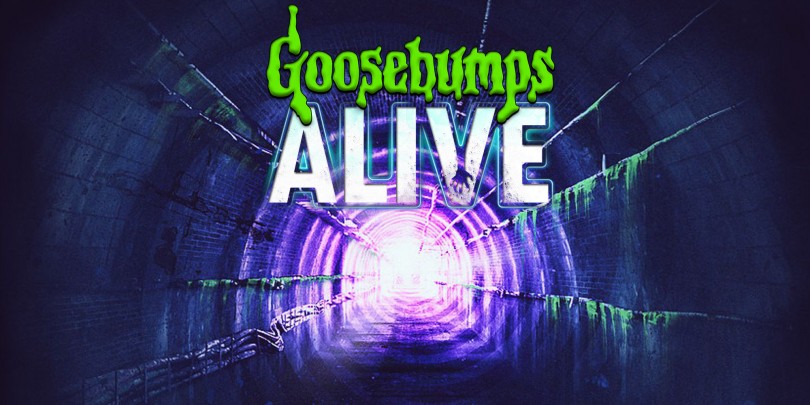 Live theatre experiences is where it’s at, from Secret Cinema to Generation of Z. Now a new player has entered the game, Goosebumps Alive!

Opening on the 14th April, R.L Stine’s scare-tingling series will be brought to life in the heart of London, throughout the depths of The Vaults (Waterloo). Taking inspiration from Night Of The Living Dummy, Stay Out Of The Basement and Say Cheese and Die!, you can expect to bump into the enemies of your childhood.

While it may seem all the fun and games are for adults, there’s a kids version also launching in May, it’d be a shame to let the miss out on all the terror!

This is a production that we’re very excited for with a very talented crew behind it who have worked out other favourites of ours, including the previously mentioned Secret Cinema and Generation of Z.

To give you a taste of what you can expect from the Goosebumps franchise, check out the trailer for the hit film adaptation currently in cinemas!

Goosebumps Alive takes place from the 14th April to 4th September 2016 (previews from April 6th). Tickets can be purchased by visiting www.goosebumpsalive.com.