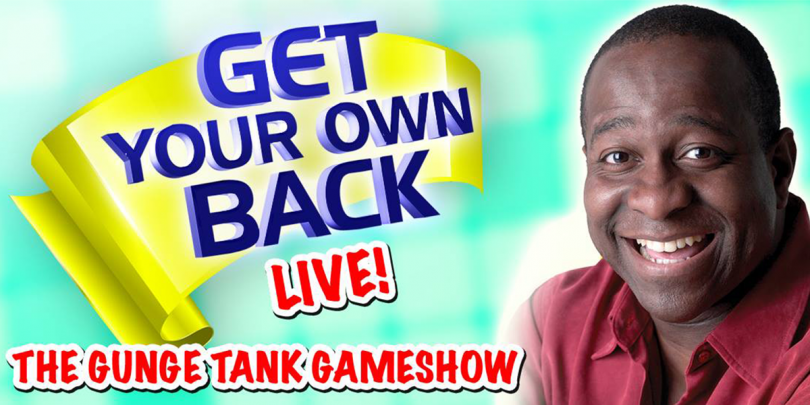 Hearing the theme tune to Get Your Own Back playing at the start of the show, everyone knew they were in for a full hour of nostalgia from their childhood.

The actual challenges put to the contestants on stage are no where near as impressive as the show, they could of been taken direct from a student freshers party (where this live incarnation of GYOB originally found it’s feet). The method in which the contestants or chosen vary night on night, sometimes its comedians, other times it’s the public. In our showing, it was a stag party vs a hen party.

Dave Benson-Phillips is the only reason this show works (that’s a good thing!). His on stage presence it’s oozing with enthusiasm, the pure passion he engages from the audience shows how adored he is from the generation that grew up with the show.

Overall, this is an hour of fun-filled nostalgia from a 90s child’s memory of growing up. It’s worth the trip to see Dave in full action!

You can see “Get Your Own Back: Live!” at the Gilded Balloon until the 31st August 2015 at 16:30. For more information including tickets, click here.