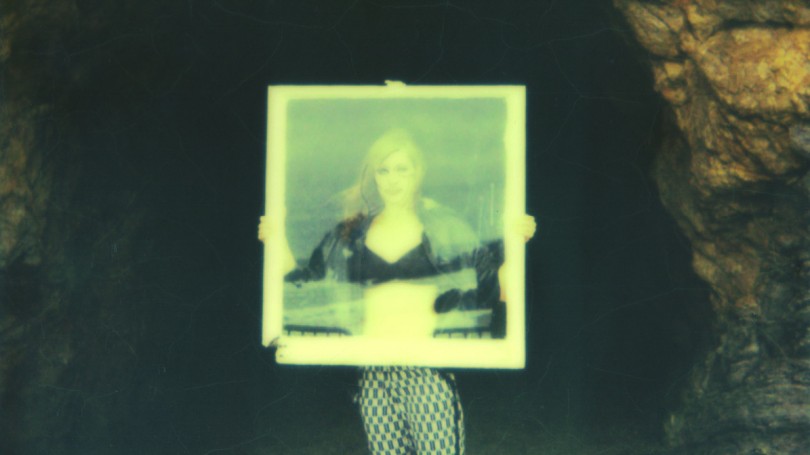 To start off the New Year I thought I’d review a debut album from a relatively new band. Painted Palms is comprised of long time friends Reese Donohue and Christopher Prudhomme. During most of the recording of this album Reese and Christopher were apart sending songs ideas and recordings back and forth. Forever is their debut full-length album and has been gaining a lot of attention for the band. I myself have jumped on this bandwagon with all of the promo tracks that have been released over the last few weeks. I’ve had songs such as “Spinning Signs” ”Forever”, and, “Here It Comes” playing on repeat ever since I first heard them. This has been one of the releases I’ve been anticipating the most for the upcoming year.

Starting off I’ve got to say that from this album it seems that there are three major styles for Painted Palms. Two of their styles have been portrayed on their promo tracks. This first can be best described with song “Spinning Signs”, songs like this one sound as if The Beatles continued their career into the 1980’s and decided to be Synth Pop band. The second can be described with “Here It Comes” a more modern Indie Pop/ Jangle Pop sound, full of interesting percussion instruments along with playful guitar and synth parts. The third is something new that I had not been exposed to until listening to the full album. Tracks like “Sleepwalking” and “Angels” take a more acoustic approach and a more laid back Psychedelic influence.

Regardless of these three categories Dance and Psychedelic music definitely have a strong presence and is definitely a style I enjoy. Last year, Australian Synth Pop band, Cut Copy released an album that I enjoyed immensely: mixing 1960’s Psychedelic with 1980’s Dance music. While it worked really well there I’m not sure it works as a whole album for Painted Palms. There are some songs that I’m all for and already consider some of my favorites for the year but as a whole album I’m not sure. With Cut Copy they kept the same formula with the balance of Psychedelic and dance but here I feel as if Painted Palms got a little too ambitious with this idea leading to an album of songs that are all over the place. Like I said I like these songs but when you have a really laid back Psychedelic song after a really upbeat dancey song it looses some of its overall impact. I’m not sure if I’m supposed to be getting up and dancing to this album or lying down and burning some incense. A lot of these less dance oriented songs loose their meaning being placed between two dance ones. I do think it was a good idea putting one of these songs as the closer seeing as it really raps it up well.

That being said I also feel as if a lot of the songs heard on this album don’t really live up to those that were previously released. I really enjoy “Too High”, “Sleepwalking” and, “Angels” but some of the songs just aren’t as impactful as when I first heard the promo tracks. “Not Really There” just feels like a reworking of “Here It Comes”. Other tracks just don’t really have as strong a groove going to really stand out as a great dance song to me and there really don’t seem to be that many memorable hooks.

Personally I don’t see myself listening to this album from start to finish that often but I do see myself listening to specific songs, or parts of the album at a time, for months to come. I think that a lot of the more strictly Psychedelic songs will be lost on the majority of people who listen to this album and that a lot of the stronger dance track will be the highlights overall. I wouldn’t be surprised if songs like “Spinning Signs” or “Here It Comes” brought them some commercial success if the right people heard this album. Regardless of if it gets popular or not Forever is definitely something you should give a listen to.