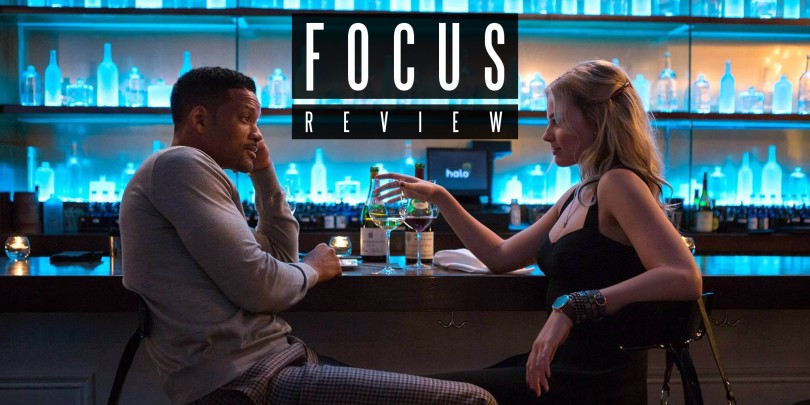 It’s been three years since Will Smith’s last lead role in a feature film, has he come back on form? Kinda.

Focus tells the story of Nicky (Will Smith), a con-man who becomes romantically involved with Jess (Margot Robbie), an aspiring novice of his trade.

The problem with Focus is that it doesn’t really commit to what ever it believes it is, whether that may be a romantic-comedy, thriller, action or drama. Not only in genre, it also seems to try to replicate other films, the most obvious of them being Mr & Mrs Smith with hints of Oceans 11 and Hustle.

As for the performances, Will Smith offers the charisma that we’ve learned to expect and Margot Robbie offers a layered character that is always a joy to see on screen.

If we split the film into it’s acts, we get an interesting situation. The first is the typical character set-up, the second is the set-up for the third act but where the film massively succeeds. In this part of the film, the chemistry between Nicky and Jess get’s escalated massively and it’s there we see what should of been there from the start.

On a side-note, this film would be perfect to split off into a TV-series. Different “heists” each week, similar to BBC’s Hustle.

There are no major flaws in this film, it’s an easy watch which will keep you entertained throughout it’s short running time of just over ninety minutes. We just wish it was bolder  and confident in a genre direction.