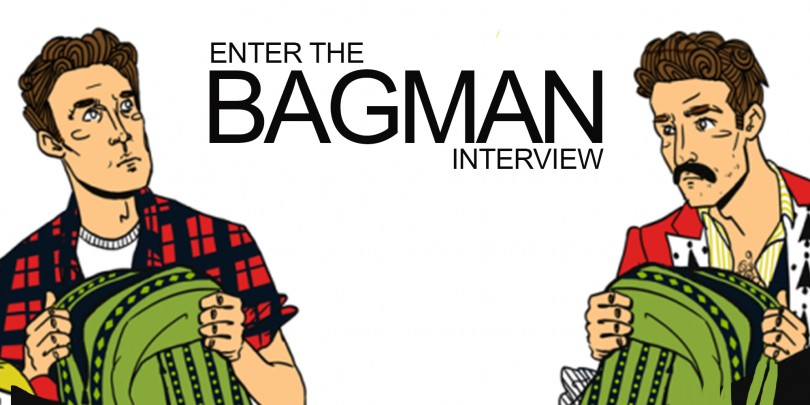 To some he’s known as the Bagman, to others it’s Lord Fear; we caught up with Brendan Murphy on his train journey up to the Edinburgh to discuss about his enormous presence at the Fringe!

CM: Thanks for joining us today, how has your journey to Edinburgh been so far?

BM: Thanks for having me! The train people have just given a bacon sandwich and a lemonade. They don’t have a clue I’ve got a pack of quavers in my bag. I didn’t even need it! I’ll be laughing all the way to Waverley.

CM: You’re returning to the Fringe with your show Enter The Bagman, what can we expect?

CM: Has much changed from last year’s iteration?

BM: The bagman is still in charge of running things but we’ve got new bags, new characters, and a brand new story. It’s bigger, fatter and BAGGIER.

CM: It’s safe to say, you’re a Fringe pro – featuring in two/three shows a day, how do you cope!?

BM: I find multiple shows an essential part of surviving the fringe. It keeps you busy, healthy and out of the pub. I’m not sure I’d be able to survive a full month if I was only doing one show a day.

CM: One of the other productions we can see you in, is Knightmare Live: The Game Has Changed. How did you get involved with this?

BM: I’ve been coveting the Knightmare knapsack since I was mere Bagboy, so when Treguard of Dunshelm (Paul Flannery) told me he was looking for a new Lord Fear I jumped at the chance. This is all an elaborate ploy to steal it for the Bagman collection.

CM: What preparations have you been making to get into the mind of Lord Fear?

BM: Shouting at kittens, putting empty milk cartons back in the fridge and standing on the left of the escalator.

CM: If Bagman and Lord Fear were to have a duel (this could easily be a Fringe show in itself!), who would be victorious?

BM: Lord Fear certainly has the edge when it comes to tricky anagrams and smug put-downs, but Bagman has some pretty powerful bags in his cloakroom. Last year one of the bags held a dark wizard of Germanic folklore that very nearly enslaved the entire audience, so my money would be on the cloakroom.