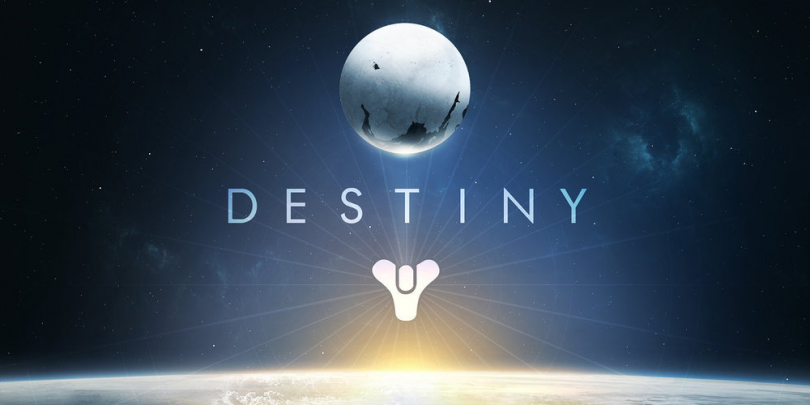 As you advance through the world of Destiny, you will adventure through a series of planets, increasing with higher level enemies on the further you travel. Starting on Earth facing the lower level enemies, moving on to the Moon, then Venus and finishing on Mars, the game is designed so that as you advance through the planets your level should increase steadily so that you aren’t easily one hit by something. Each planet will offer both story missions, strikes and patrol missions.

Starting with story missions these are quite self-explanatory, you play these to advance in the story of Destiny. Next are strikes, these are kind of like boss missions on each planet, they will include areas which respawning is restricted to every 30 seconds (a team revive can be done any time) or only times when only the team can revive you, this offers a greater challenge where if the whole team dies then you restart from the checkpoint, strikes will offer good rewards for completion of them. Finally are patrol missions, these are kind of like an open world part of each planet, they allow the player to explore the planet in search for loot crates, upgrade materials and to kill enemies to your hearts content, around the map will be beacons which will give a small mission which rewards you will XP as well as vanguard reputation which ranks up your vanguard level.

There is one more type of mission which at the moment there is only one of, this is of course the infamous raid, a level 26 extremely hard mission which requires 6 people to complete, The Vault of Glass on Venus is the only raid at the moment with more expected in future DLC. The raid requires great team work and coordination as you will fight very difficult enemies, tackle puzzles, mazes and very difficult bosses, of course great sacrifice grants great rewards in shape of high level legendary armour and other legendary items.

Weapons in destiny fall into 3 groups: primary, special and heavy. At one time you can hold one of each, within these groups are sub groups of different types of weapons. Weapons can be obtained through a number of different ways, the first being through drops, as you kill enemies they can randomly drop engrams which can be decoded into weapons of different rarities; the second method is buying the weapons from dealers from the tower, these dealers will take different forms of currency for weapons and require different ranks for each vendor, these ranks can be level up by playing missions or crucible (multiplayer) and through completing bounties. Once ranked up to the necessary level you will need either vanguard or crucible marks which can be unlocked in either missions or crucible and can take a while to gather, you are restricted to earning 100 of each a week which can be annoying since weapons are upwards of 120 marks each. These weapons however are very good and pack a real punch.

Once you have your weapon you can upgrade them to unlock special abilities and to have them deal more damage, the rarity of the weapon will determine how far you can upgrade it and what you will need to upgrade it. Standard weapons use glimmer which is a form of currency but as you get better and better weapons they will require harder to obtain materials to upgrade them.
Some materials can be found by breaking down weapons that you don’t need are ones you find that aren’t as good as what you have, this can be a good way of getting glimmer as well.

At one time a player can hold 9 primary, special and heavy weapons in each group.
Primary weapons are split into auto-rifles, pulse rifles, scout rifles and hand cannons.

Special weapons are split into snipers, shotguns and fusion rifles

Sniper rifle– Long range and deal a considerable amount of damage, one hit kill in crucible to the head.
Shotgun-These don’t seem to have much range in Destiny but if you can get up close will take out whatever stands in your way. I really enjoy these in crucible.
Fusion rifle– With a second charge time these rifles will shoot a 7 shots of energy towards a target with good effect, great for taking down enemies shields.

Heavy weapons consist of machine guns and rocket launchers, ammo for these are harder to find so use it wisely.

Machine guns– High powered light machine guns, can really pack a punch but I’d advise to not be too trigger happy.
Rocket launchers– will take out anything you aim it at, again conserve ammo and use it wisely.

Weapons can come in 5 rarities.

Common– Standard white background, this is what you start off with.
Uncommon- quite easy to come across as you get these in green engrams which drop quite frequently. wouldn’t advice these past level 20 though.
Rare– Obtained through engram drops, mission rewards and vendors these can be good past level 20. Rare engrams will need to be decoded by the Cryptarch in the tower (chance of giving rarer that rare weapons).
Legendary– Normally found in legendary engram drops (which are quite rare) or purchasable through vendors in the tower, high damage weapons that require hard to get materials to upgrade.
Exotic– The best of the best, available through legendary engrams (you’ll need some luck), from Xur who only appears Friday to Saturday in the tower or through special bounties which normally have 5 steps or more. These weapons are specialised and have custom skins as well as great special abilities and very high damage outputs. You can only have one exotic weapon and piece of armour at once equipped.

Armour in Destiny is very important, the higher your defence number the more hits you can take basically. Armour is split into 4 sections: Helmets, Gauntlets, Chest plates and Leg’s. Like with weapons these can be either found as drops, bought or rewarded at the end of levels of missions or crucible. Armour will have a defence number and as you get better armour it will have strength, discipline, intellect and light. The first 3 contribute to the cool down time of your special ability’s and grenades. Light however is how you get your characters level past 20 which is something I will be explaining later on. Armour can come in different designs, and with different attributes and special abilities, it is really up to you to decide what you want, if you use a lot of grenades then focus on armour that will decrease the cool down of grenades for example.

Like weapons your armour will need to be upgraded to give both better defence and unlock abilities, again as you get better armour you will need harder to obtain materials. Again I will suggest breaking down what you don’t need so that you can save space and get materials that will be crucial.

Like with weapons there are 5 rarities they follow the same premises as well, only difference is the better they are the more defence and light they will grant.

The levelling system is a bit different to other FPS games that I have played, from level 1 to 20 the way you level up is simple and is through XP which you get for kills, completing missions and bounties. Once you hit level 20 however it changes and as a previously mentioned with light it becomes very important now, getting good armour and upgrading it is key to levelling yourself up further that 20, you will need armour that contains light in its description, the more light the higher your level will go. The vendors in the tower can be a great way of getting armour of your level up, for 130 crucible marks you can get both a legendary gauntlet and leg’s which should be a good boost to your level, they can also be a good way of getting materials for upgrading armour further, if you have spare crucible marks and are in desperate need of materials you get use this method.