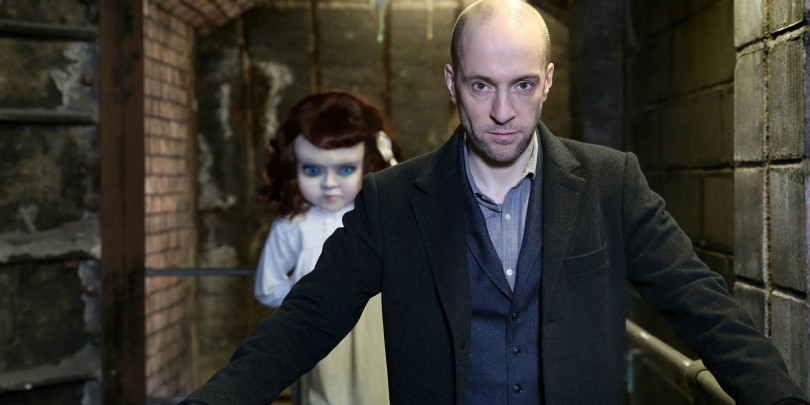 Known for his grand illusions, terrifying tricks and charm-full showmanship; a true Derren Brown experience was always going to struggle to reach such extraordinary expectations, but we’re glad to say – it somewhat does!

Derren Brown’s Ghost Train successfully reinvents the wheels for it’s genre, utilising virtual reality while also offering visually impressive set pieces right in front of you when the headsets are off.

Multiple paths on the ride has played a key marketing point over the past few months – personally having gone on for two rounds, the results were exactly the same which was disappointing (I purposely sat in different seats) but as we started to discuss the experience among friends and colleagues, the occasional variation would emerge, creating an engaging conversation around the events we witnessed.

Derren has been the conductor of the attraction since it was first unveiled, hence his name is in the ride’s title. He’s used throughout as a brilliant narrative piece to bookend the experience, starting off with an intelligent and eyeopening monologue, leading through to bringing you back into the room. If you’re here for him specifically, your trip wont be wasted.

However with new technologies, often comes complications; for one section, a visual glitch on a headset left me with a giant grey stripe attached to my virtual head – completely removing me from the horror that was meant to be unfolding. Also, being 13-minutes long, the journey is segmented to allow crowds to move through the ghost train, this can ruin some momentum that the ride gathers and at some points lessen feature points due to the constant ushering.

Ultimately, it depends what you’re after – for £50 you can see Derren Brown in person with his tour show, but it’s nice to know that all year long in a corner of Thorpe Park, he’s still working his magic.