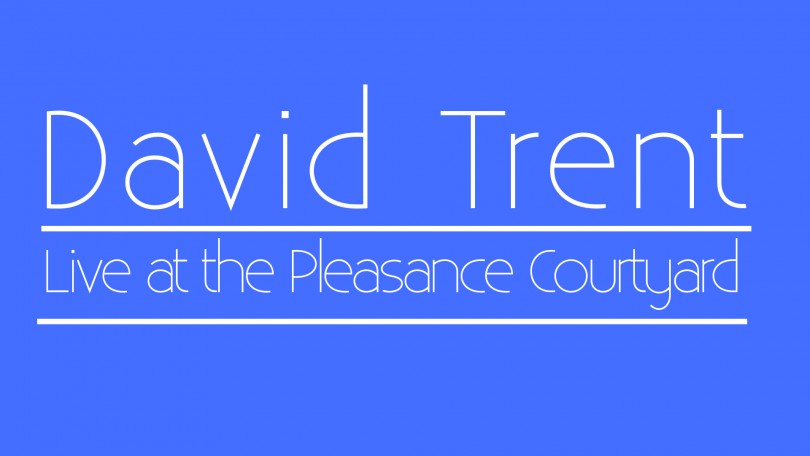 David Trent’s use of technology in his shows is probably one of his major traits as a comedian, he is always joined by some form of visual aid, it’s solidly part of his act and heavily relies on it throughout his show, leaving it to often tell the punchlines it self, however it really works and makes for something different. It obviously means that there is hardly any room to go off the rails with some audience interaction or just a tangent but what we do get is a strong hour of heavily scripted material. The actual presentation is very well produced even though it’s made not to look that way, kind of in the style of Oliver Age 24 (YouTuber).

You will see Trent  break down and  rip to shreds Robin Thicke’s “Blurred Lines”, an insight into the NSA, cookery with Nick Griffin and much more. B

The show is a humorous cross between Dave Gorman and Charlie Brooker with his power-point presentation dissecting modern life.