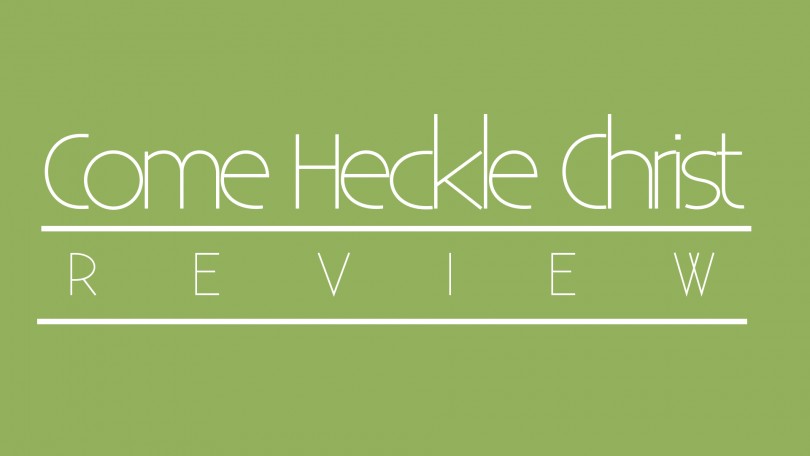 My initial thoughts on this show was that it was simply just a headline grabbing performance causing lots of stories in the press due to the nature of the show, “Come Heckle Christ”, but it turns out to be a more than this. It genuinely is a hour of light hearted “banter” with the character of Jesus, there are slight prods to religion in general but there really isn’t nothing that extreme.

The show is in vein of Trey Parker and Matt Stone (South Park, Book of Mormon, Team America) and I really wouldn’t of been surprised if this had been a creation of theirs.

The audience is what makes the show and Joshua Ladgrove understands this, I was lucky with the audience in the performance I attended but I can see how it can easily become awkward.

The heckles aren’t really heckles, mainly questions or funny comments but I can see why the title is there, “Come Heckle and ask Chris questions” isn’t really that catchy.

Overall this show is a fun hour of total improvised comedy with the character of Jesus being interrogated by audience members.

You can catch “Come Heckle Christ” at Pleasance Courtyard at 22:20 (23:20) until August 24th (not Mondays). You can purchase tickets here.