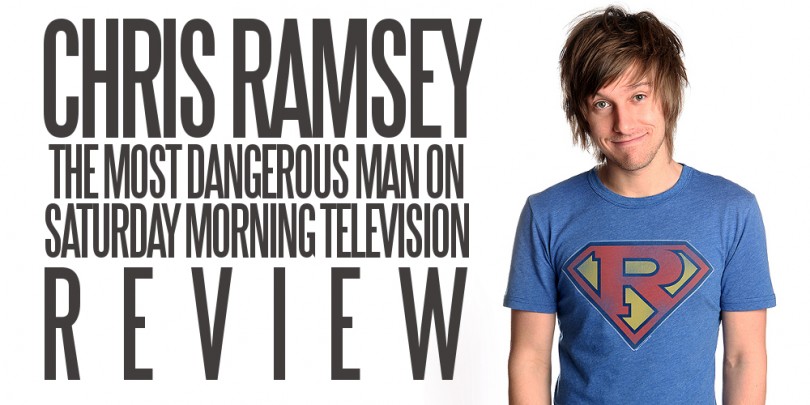 Chris Ramsey’s new show is about his saga on Saturday morning television, hence the title. He goes into the story of his incident at Soccer AM and how it all unfolded. I wont go into specifics on what happened and you should try and avoid it, I went in knowing what happened and this took the shine off quite a large chunk of the show.

The audience interaction was top notch, in such a large room this can be hard to attain but he manages to do it, even when there are some very obscure heckles.

Overall, this show is a fun but seems sandwiched into an hour, this is probably due to this being the first run of the show after playing an extensive UK tour. I would advise to go and see him at a local headline show if he’s playing near you later in the year but if he’s not then be sure to take up this opportunity to see the hit show!

You can catch”Chris Ramsey: The Most Dangerous Man On Saturday Morning Television” at Pleasance Courtyard until Sunday 24th August, tickets can be purchased here.