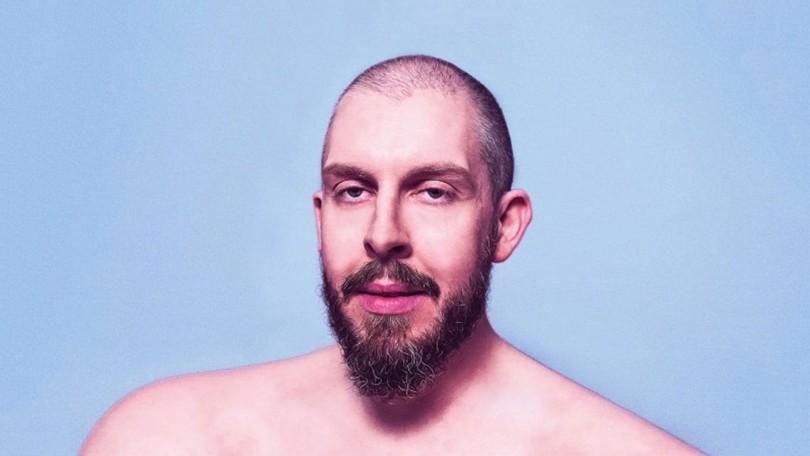 The Edinburgh Fringe has returned again, and so has our coverage! Kicking off a month full of interviews, reviews and features, we caught up with Carl Donnelly to discuss buses, podcasting and everything else inbetween.

CM: Hello, Carl! Thanks for joining us again, how are things?

CD: Very well thank you. Tired due to acclimatising to the Edinburgh time zone of late nights and long days but am happy.

CM: The first week of the Fringe is arguably the most hectic with previews, load-ins and interviews (sorry!). How has it been so far?

CD: It’s been busy in terms of getting the show ready and up and running but very chilled socially. I’ve been smart this year and not been out to the many performers bars littered about the festival as yet. I’m sure i’ll break that soon enough but thought best to bed my show in before letting loose.

CM: What can we expect from “Carl Donnelly: The Nutter on the Bus“?

CD: Expect a very personal, honest and funny show about self improvement performed in one of the fringe’s weirdest venues. If you haven’t been on the Blundabus then you’re in for a treat. It’s so intimate and fun that I think it adds to the slightly more odd stories in the show.

CM: Every year we look forward to seeing your Fringe poster, and this year does not disappoint. What’s the process behind this year’s?

CD: I’m lucky that my friend DJ is an incredibly talented graphic designer so I know he can create anything I come up with and make it look better than I imagined. This year I basically said to him that I wanted a creepy poster and one of the inspirations was Prince’s album covers. He always had album covers that could have been creepy if he wasn’t such a sexy looking guy. We basically took that as a starting point and made me look horrible. The image we ended up using was based on his second album covers. Some of the ones that didn’t make the cut will never see the light of day as are disgusting!

CM: What’s the most annoying question to get in an interview (let’s hope we haven’t already asked it)?

CD: It has to be the old “How did you get started in comedy?” type questions. Apart from the very rare occasions, most comedians started in comedy because they developed an interest in it, then gave it a go and it worked out. Each time you get asked that question though you feel some sort of pressure to elaborate on what is essentially a boring story.

CM: You’re one of those busy-bees this year at the Festival, with the live podcast and hosting A Gala for Mental Health. Want to tell us more?

CD: I’m also one of the regular hosts at ‘Comedy In The Dark’ and a regular cast member for Sean Hughes’ ‘Blank Book’ which is an improvised story show so I am officially a busy bee. Part of the reason I’m doing the bus was because the last few years I felt like i’d gotten into too safe a place with Edinburgh. I always worked hard writing a show but would then come up and perform in the same room at the same time and not do too much else. This year I felt like I had loads of ideas and wanted to push myself into doing some other bits and bobs. Once i’d opened myself up to being more pro-active around the fringe loads of stuff just started popping up and I thought I’d do them. I’m sure i’ll be knackered by the end but it’s exciting.

CM: How did you come to be involved in hosting ‘A Gala for Mental Health’?

CD: I did a show in 2015 where I first addressed the fact that i’ve suffered with depression and anxiety over the years and it was a slight turning point for me as i’ve always told true stories from my life onstage but would always leave out certain elements i was slightly ashamed of. Since that show i realised that it’s possible to be funny without hiding your true self. During and after that run I was approached by various mental health organisations to discuss my experiences and i’ve stayed involved. This years show covers certain aspects of my childhood that are where a lot of my issues come from so it seems like a good year for me to be hosting the gala for mental health.

CM: We’re really look forward to seeing some of the live episodes of The Carl Donnelly and Chris Martin Podcast! The recent tour episodes have been some our favourites, what can we expect on the show over the next month?

CD: You can expect us to be chatting to some of the finest comedians from the Fringe over a few drinks and having a whale of a time. We’ve got some of the big names coming on like Al Murray, Jimeoin, Tommy Tiernan, Joel Dommett, Mark Watson and loads more. We’ve also got a podcast mash-up where we have Kiri Pritchard-McLean and Rachel Fairburn from the excellent All Killa No Filla podcast coming on. As well as that we’ll be joined semi-regularly by our unofficial third member Trevor Crook (from our spin off podcast ‘Babysitting Trevor’. Our website lists the guests by date so check it out as it’s going to be a lot of fun.

CM: One of the things we like to do is ask for a recommendation of a show at this year’s Fringe that you’re not involved with to go and see. What’s your pick?

CD: I saw Hannah Gadsby’s show on the opening night and its an amazing piece of work. It’s stand up comedy done in a way and regarding topics that challenge the limitations of stand up. I also recommend Hanna Stanbridge’s show at the Caves. Its another challenging show about mental health and eating disorders and left me in pieces by the end.

CM: Thanks for your time, we’re looking forward to seeing the show! Any closing words/plugs?

CD: Not really. I think i’ve waffled on enough. Come and see my show if you want to see a man on the top deck of a bus trying to work out if he’s lost his mind or has found happiness.

Carl Donnelly performs The Nutter On The Bus at the Edinburgh Festival Fringe at The Blunda Bus from 3rd -27th Aug at 7:30pm. More info and tickets are available at www.carldonnelly.co.uk