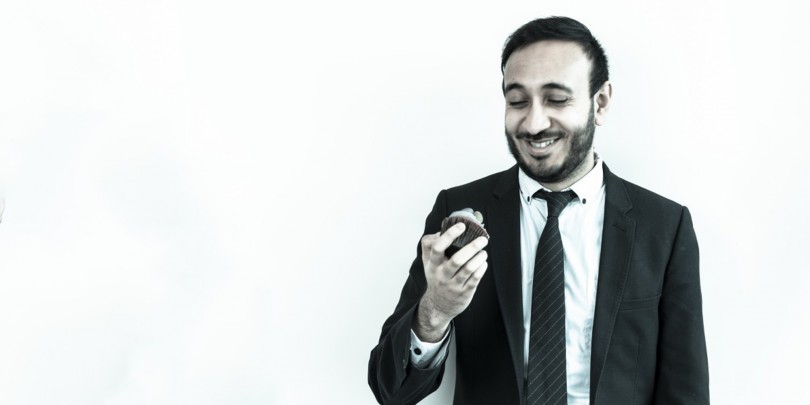 Cakes – do we have your interest? We caught up with Bilal Zafar to discuss his debut hour at the Fringe and find out a little more about the show!

CM: Thanks for joining us today, Bilal. How has the start of the Fringe been for you?

BZ: My first week has been amazing. I’m just very excited to be here with my first show. Ticket sales have been very good and I’ve really been enjoying doing the show.

CM: This is your debut hour (or 55 minutes to be exact) at the festival, how did you find the creation of your first show?

BZ: Well I’m quite lucky that my show is based on a true story, so most of the materialwas already there. Trying to construct it into an actual show, rather than a longclub set has been a bit tricky, but I had plenty of previews, worked really hard and I think it all works now.

CM: What can we expect from Bilal Zafar: Cakes?

BZ: I think it’s quite unique and different to most shows at the fringe. As well asgiving an insight into certain aspects of being a British born Muslim, you can expect to be taken on quite a fascinating journey, which happens to be very funny.

CM: It’s safe to say, your comedy extends to your Twitter account.  Do you find comedians have more pressure to have this humorous presence online?

BZ: Sort of. I think it’s more about having an online presence than anything. There are quite a few comics that are excellent at twitter jokes and seem to be very popular online. I mainly tweet to promote my shows as well as niche stupid jokes that I don’t think anyone understands. But that’s fine, I’m ok.

CM: Monday 15th August is your one day off throughout August, what do you have planned?

BZ: Sleep. I should probably see shows that I usually clash with. I’ll most likely beseeing my friend Trevor Lock’s show. Might go to a museum or art gallery. Is that a good idea? I don’t know.

BZ: I’m quite into carrot cake right now. Although I do really like birthday cake with that cheap icing, even though it makes me feel sick.