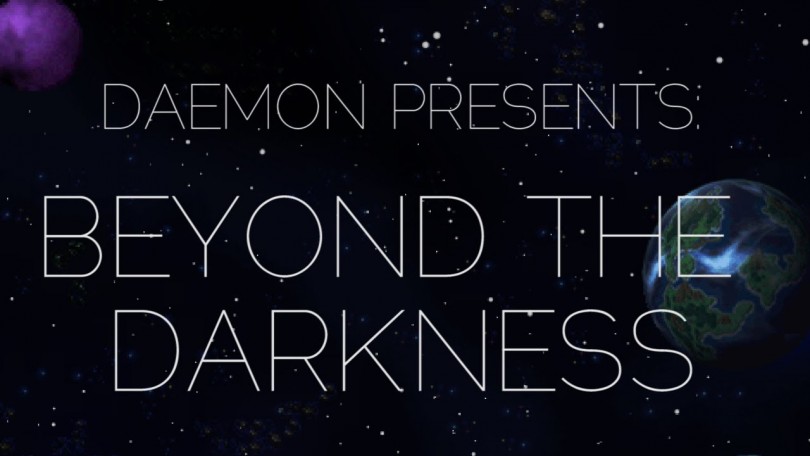 The saying goes “a picture paints a thousand words”, in this case it is a album that achieves this.

Beyond The Darkness is the latest instrumental album from music producer Daemon Hatfield, taking us on the journey with the crew aboard the Vic 20 spaceship exploring the galaxy.

I embarked upon my first listen of the album without any knowledge of the story and thoroughly enjoyed it, when it came round to me listening to the album along with the notes for each song it linked everything together for me. Guiding me on the story while not over-loading me with details so I could have my own interpretation. You can find the listening notes here, I suggest doing what I did and having at least two full listens of the album one without the notes and one with.

The album reminds me a lot Nero’s 2011 album, Welcome Reality. If you was in anyway a fan of it you should be interested in Beyond The Darkness, for it’s space tone all the way to the story in which it takes you on.

One thing that would of been nice would to of had a continuous mix featured on the album so it doesn’t necessarily take you out of the moment while the tracks are changing. While talking about tracks, my personal favourite was Moon Patrol, the catchy synth and and drum loop work hand in hand to create a great overall track.

Following listening to Beyond The Darkness, it would be really interesting to hear a much darker album from Daemon, it would work as a big contrast to this while also the possibility of making another great concept album.

Beyond The Darkness by Daemon is released on the 18/02/2014 and can be found on iTunes, Amazon and Spotify. Also be sure to follow Daemon on Twitter @DaemZero.