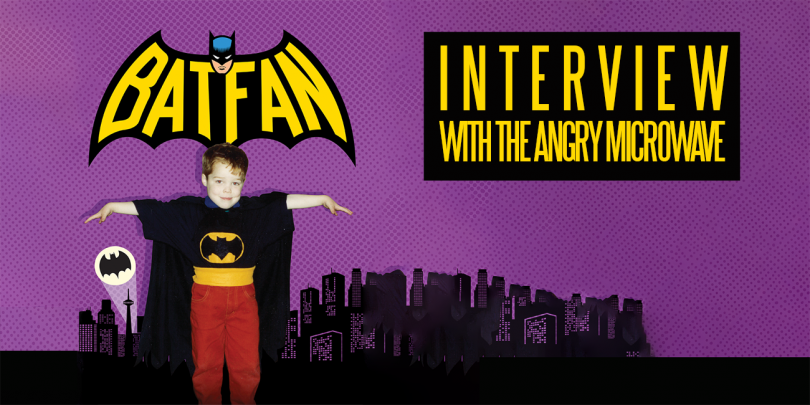 There’s a show called Bat-Fan, what else do you need to know to convince you to go and see this show? We spoke to James Wilson-Taylor about his new show at the Fringe!

CM: Hello! Thanks for joining us today, how’s it going?

BF: Pretty good. Arrived yesterday so just settling in. And it’s stopped raining so that’s something!

CM: What can we expect from Bat-Fan?

BF: A lot of bat-related silliness, some songs and homemade props. I’ll be pitching my idea of the ultimate batman movie and giving Affleck a run for his money. Hopefully there’s a lot for fans to find funny but also enough for newbies to enjoy too.

CM: What came first, the title of the show, or it’s contents?

BF: Show came first. My director Jon Brittain is also a massive bat-fan and the name just seemed to fit – simple and to the point!

CM: People may know you for “I Need A Doctor”, the Doctor Who themed musical, why do you choose these pop culture references for your shows?

BF: It’s always fun to write jokes about stuff you are interested in. And I’m a big nerd. Add to that the fact that I’m a musical theatre kid too and you get a whole new angle on something people already know. ‘I Need A Doctor’ was so much fun, playing to fans of something I love too and sharing that enthusiasm. Anyone who enjoyed the whosical should enjoy this one too.

CM: Are there any other TV/film properties you’d love to incorporate into a show?

BF: When I was at school, JK Rowling signed my copy of Harry Potter with the words ‘To James, who could be a Weasley, Love JK’. I’ve missed my film opportunity but maybe I can play Ron in Edinburgh.

CM: Who is going to win out of Batman v Superman?

BF: Worst – lost my voice in the middle of a show and all the high notes were in the last song! Best – Colin Mochrie coming to see the show last year. He’s a childhood hero.

BF :Thanks guys, have fun!

You can catch “Bat-Fan” at the Pleasance Courtyard from the 5th to 30th (not 17th). Tickets can be purchased by clicking here.