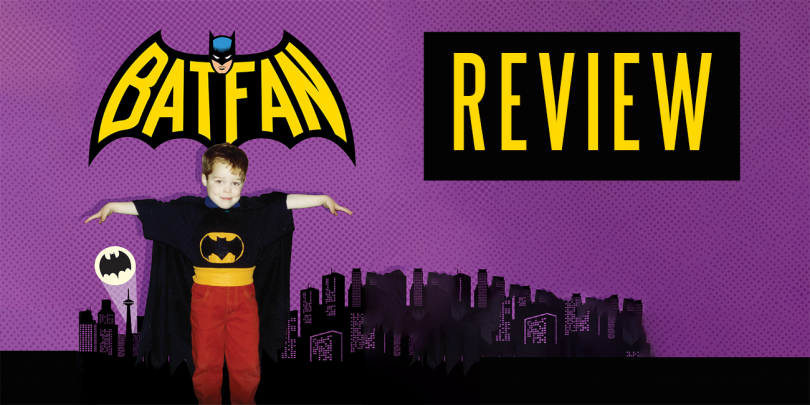 Given James’ musical past, expect some heavy music elements including a very entertaining climactic number. The performances are nothing fancy, if anything it’s rather raw with just James and his keyboard but most importantly, it is comical.

If you’re an avid fan of Batman and films, you’ll really enjoy this. There are plenty of references and jokes that are directly aimed towards the hard-core fanbase. For people who are not big fans, you should still be able to gain some enjoyment from the show, James does a great job of talking you through the eras of Batman, explaining his pros and cons for each incarnation.

The lighting and sound design fully utilises it’s surroundings. Is it cheesy? Yes, but this goes along with some really cringe worthy bits of the show, including the dance segment, but if you get onboard it isn’t that bad, embrace it and you’ll have a whale of a time.

You can see “Bat-Fan” at the Pleasance Courtyard every day until the 30th August at 15:30. For more information including tickets, click here.