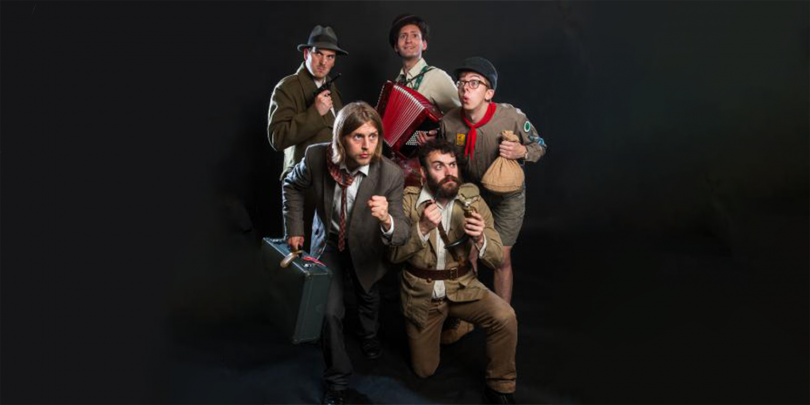 Racing Minds’ improv show is completely made up from the word go, no set storylines or characters, bringing a breath of fresh air to the genre. From walking into the venue, expect chaos and fun from the cast.

As the show begins, we’re given opportunities to pick a location, character, trait, storyline and title, leaving it open for an absurd or mundane mix. Either way, Racing Minds will shape it into something watchable! Even forgetting one of the suggestions from the start of the show, this was quickly put into play during climax of the show, offering a very unique storyline that you’ll be sure is a one off.

The chemistry between the actors shined through, there was always something happening on stage whether that be the musician fully embracing the scene or the lead actors of that section cracking up over what their colleague said.

The cast of “Aaaand Now For Something Completely Improvised” obviously know what they’re doing, it’s important to be able to work off each other in an improvised show and they do exactly that. Expect lots of laughs and crazy turns in the story. Plus it’s a show you see again and again!

You can see “Aaaand Now For Something Completely Improvised” at the Pleasance Dome everyday until the 31st August 2015 at 12:00. For more information including tickets, click here.